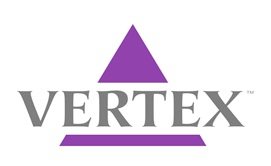 Last week, Scientific American revealed that the Cystic Fibrosis Foundation recently had a financial windfall through the sale of its royalty rights to a breakthrough drug for those suffering from the disease. Approved by the FDA in 2012, Kalydeco is the first drug that treats the root cause of the devastating disease. There are currently 1100 patients using the drug, and it has changed lives—but it costs more than $300,000 per year per patient.

The foundation, which invested $150,000 in the drug’s development through a partnership with Vertex Pharmaceuticals, sold the royalty rights it owned for an astounding $3.3 billion to Royalty Pharma. Although Vertex has an assistance program, which covers co-pays and co-insurance over $15 per month for patients with private insurance and provides the drug for free to uninsured people with annual incomes of less than $150,000 per year, most of the costs are covered by insurance companies or Medicaid.

The price the foundation has been paid for their royalties is thought to be unprecedented. “The big windfall they’re getting is not a direct result of the successful drug, it’s a direct result of the successful drug priced at a very high price,” said University of Pennsylvania ethicist Dr. Zeke Emanuel. “And that high price is a direct impact on many, many cystic fibrosis families, including some that helped contribute (to the foundation).” Additionally, how secure can those families be that their interests are not being undercut by the foundation’s ties to pharmaceuticals?

A spokesman for Vertex defended the drug’s price, saying that its development was fourteen years in the making.

Cystic Fibrosis Foundation president Bob Beall says the foundation sold its royalty rights when it did to put the funds toward research for a cure and to “significantly expand programs and services for people with CF.”—Ruth McCambridge

This article has been altered from its original form. The sale of rights was to Royalty Pharma, not back to Vertex.