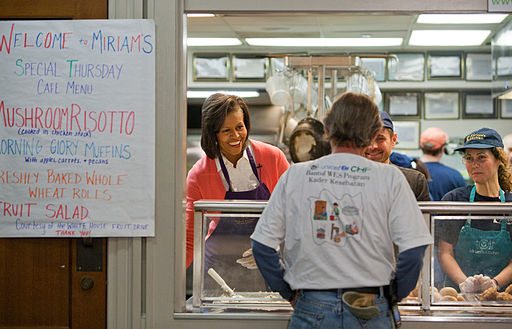 This winter, when much of the East Coast of the U.S. was experiencing record low temperatures, Washington, D.C.’s population of homeless families doubled—from 463 families last winter to 827 families as of last week. The city’s response, led by Mayor Vincent Gray, a man who has extensive experience working with city’s low-income and homeless residents in both government and nonprofit leadership roles, has been bumpy. The administration’s initial emergency provisional placement legislation drew some opposition from homelessness advocates, and a restraining order earlier this month found that some of the city’s temporary shelters in recreation centers violated city law by compromising the safety of residents. Along with the Washington City Paper’s insightful cover story on the issue, the Washington Post has been spotlighting family homelessness first with a series and then with a related editorial, but the question of how to best plan for the future in a city with limited options for affordable and supportive housing still remains.

In a recent study, the D.C. Fiscal Policy Institute emphasized the importance of a comprehensive plan to move families out of shelters and into housing and acknowledged that the mayor’s recent interest in these same actions “hold promise and should be acted on urgently.” According to this study, part of Washington’s current housing crisis stems from the fact that “the city’s main emergency shelter, the run-down D.C. General Hospital Complex, was nearly full when this winter began.” As additional recommendations, the study suggests that the city speed-up housing placements and build staff capacity, particularly around the rapid rehousing program.

In its recent cover story on the crisis, the City Paper highlights the trauma that is a part of daily life for families living in shelters. In addition to an overall lack of private space in many public shelters, the city has structured the intake process so that a family representative has to travel to a central office to re-apply to for shelter every day, presenting logistical challenges for most. Both families that the City Paper profiles are in the city’s system of support for the first time as a result of job losses that resulted in home losses, and one of the two families was the lead plaintiff in the case that led to the restraining order.

The story also includes the perspective of a young mother who takes an average of four buses daily in order to be at work on time and get her son to day care and also re-apply for housing for the coming night. “I’m like a rubber band, just popping left and right,” she told the City Paper. “I’m young. I’m 20. I have plans, I have goals. I feel like I’m getting nowhere,” she said.

Since 1984, with the passage of the D.C. Right to Overnight Shelter Act, which had support from the nonprofit Community for Creative Nonviolence, homeless people in D.C. have had a legal right to shelter when the temperature drops below freezing. As Washington looks to another mayoral election this spring, the fact that, as one recent Washington Post op-ed pointed out, the city has become one of the most unequal in the country as homelessness has “surged” is an issue that needs to be looked at.—Anne Eigeman