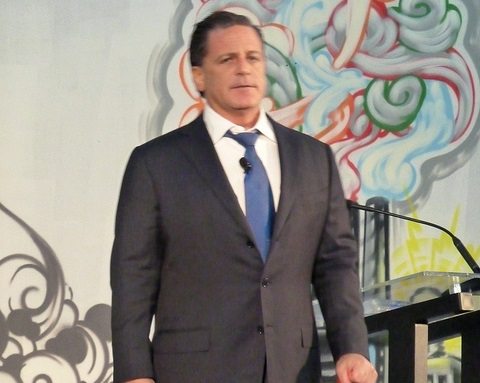 In the wake of his broadsides at two reporters for the Detroit News who ranked Quicken Loans as the fifth-ranking foreclosure-inducing mortgage lender in Detroit over the past decade, owner Dan Gilbert continued defending himself over the weekend. According to an article written by Christine MacDonald, one of the reporters Gilbert lambasted in his initial response, Gilbert issued a tweet denouncing the coverage in the News as “shoddy, lazy journalism” and linked to a factsheet describing the company’s purported “track record of responsible lending.” The factsheet continued Gilbert’s argument from last week that the loans had been made to qualified homeowners with good credit, that they went bad in part due to the nation’s economic collapse, and that the primary cause of the resulting property blight was “the absurd structure of property taxes in the City of Detroit.”

“The lady doth protest too much, methinks,” Shakespeare wrote for Queen Gertrude in Hamlet in comment on the play within the play, and he might have written almost the same for Gilbert. Truth be told, when have any of the subprime mortgage lenders (The News declared that about one-quarter of Quicken’s mortgage loans could be called subprime) issued mea culpas acknowledging the responsibility they should absorb for shoddy lending? They all had explanations like Gilbert’s, plus others such as homebuyers borrowing beyond their ability to pay or failing to read the fine print on their mortgages which discussed things like having to pay the loans back. Only a few years past the heights of the foreclosure crisis, only a few years after the enactment of Dodd-Frank to counteract the worst practices of mortgage lenders, it’s as though the banks were pristine, antiseptic players while the culprits were variously greedy municipal tax collectors, federal policies allowing for low down-payments and high loan-to-value mortgages, and the homebuyers themselves.

You know, the mortgage meltdown was a huge learning moment for all of the players in the real estate industry. We don’t think Quicken was by any measure the worst of the bunch, but we all were responsible for lending practices that led to unacceptable foreclosure rates and, as we all know about the consequences of foreclosure, property blight. We’ve made changes at Quicken to change our policies and practices, we certainly hope other mortgage lenders have done the same, and we’re committed to do right by Detroit and by the nation in supporting responsible mortgage lending and increasing opportunities for homeownership.

That, unfortunately, was not his message, which is why the nation enacted Dodd-Frank; why there was a Congressional Oversight Panel to oversee the Troubled Asset Relief Program (TARP); why Elizabeth Warren, previously the chair of that panel, was recruited by President Obama to advise the Consumer Financial Protection Bureau; and why Dodd-Frank has to be protected against efforts to weaken or eliminate the statute as lenders offer revisionist histories of the foreclosure crisis.

Even if one assumes that Quicken was among the better players in the mortgage lending sector, especially in light of the fact that the four worst lenders in Detroit all have gone out of business since the nation’s economic collapse, that doesn’t mean that Quicken deserves a revisionist historical pass. To the contrary, there is evidence that Quicken, too, was engaged in lending practices that caught the attention of regulators and the courts:

Overall, it might well be that Quicken wasn’t nearly as subprime-awful as Countrywide or Ameriquest, both ahead of Quicken in the Detroit subprime and foreclosure rankings and both gone as mortgage lenders with the economy’s collapse. But that hardly means that Quicken as a national lender was not in the subprime game while its national competition had been wallowing in high-priced loans with big balloon payments. It’s simply not true, no matter how many times Gilbert blames Detroit property taxes for foreclosure and blight or blames “muckrackers” [sic] at the Detroit News for bad journalism.

In response to the latest revelations of the Detroit News about Quicken, critics of Gilbert are few and far between—and in recent press coverage nonexistent from  the city’s governmental, business, and philanthropic institutions. Even though Gilbert toyed with moving Quicken’s headquarters to Cleveland instead of downtown Detroit until he got substantial tax incentives from then–Michigan governor Jennifer Granholm, a not untypical move by a employer angling for the best package of public subsidies possible among competing municipalities, Gilbert is now in Detroit, owning some 60 buildings that he picked up at bargain basement prices, and employing over 10,000 people, including over 2,000 Detroiters in his complex.

Maybe there is nothing to be done about Quicken’s subprime, foreclosure, and blight track record. Maybe Detroit’s public and philanthropic sector fathers and mothers are being strategically smart in not calling attention to Quicken’s role in hastening blight in the city and simply hoping that Gilbert as a revived corporate citizen will be a big net positive for the city’s revitalization, starting with downtown Gilbertville. (Perhaps they are all acolytes of Saint Jerome, who in the fifth century warned, “Equi donati dentes non inspiciuntur,” or more colloquially, don’t look a gift horse in the mouth.) It’s a calculated gamble, accepting whatever happened up to the present day as beyond reparation, but taking advantage of Gilbert’s quasi-philanthropic generosity going forward, even if part of his revival of downtown Detroit takes advantage of a real estate market collapse to which Quicken Loans might have contributed. But as the Detroit News coverage of Quicken’s mortgage lending and foreclosure practices and Gilbert’s tetchy reactions reveal, horses, even gift horses, bite.—Rick Cohen