Since January 2017, the Trump Administration significantly expanded the immigration detention system in the US. According to the American Civil Liberties Union (ACLU), in 2019 Immigrations and Customs Enforcement (ICE) held on average 50,000 people per day, reaching at times record highs of 56,000 per day, which is 50 percent more than the highs documented during the Obama Administration. According to their report Justice-Free Zones: US Immigration Detention Under the Trump Administration, published in April of this year, ICE has opened 40 new facilities since 2017, the majority of which are in the rural South, enabling the administration to detain people in remote areas where they are isolated from family and friends, as well as legal support.

The ACLU’s findings describe terrible mistreatments and abuse, appalling conditions, and widespread medical neglect with which the people held in these facilities are being treated. They speak to a dysfunctional system that was absolutely unprepared to handle the outbreak of the pandemic, the repercussions of which have been surfacing in different reports for months, painting a truly disturbing picture of thousands of lives whose humanity has been suspended by a system that renders them essentially disposable and unworthy of protection and basic medical and mental health care.

Some of the most recent accounts of abuse include an unsubstantiated claim by Dawn Wooten, a nurse at the Irwin County Detention Center in Georgia, who filed a whistleblower complaint, alleging that women held in the facility were undergoing forced hysterectomies. Though this claim is, again, currently unsubstantiated, the Irwin County facility was singled out in 2016 by Eunice Cho, a senior staff attorney at the ACLU, for its deficient medical care. Wooten also alleges that proper COVID-19 safety measures were not taken at the center, which does correlate to other findings regarding coronavirus outbreaks in detention facilities in the South, such as the LaSalle Detention Facility in Louisiana and the Farmville Detention Center in Virginia, covered previously by NPQ, though the number of positive COVID cases at Farmville has increased to 97 percent from the earlier reported 65 percent.

As Cho discussed with Isaac Chotiner of the New Yorker, even if Wooten’s claim regarding the hysterectomies is false, immigrant women in particular face great danger. “At poorly run facilities, language barriers make detention and medical care even worse, and the Trump Administration has exacerbated the already dire circumstances of ICE detainees across the country.” Over 6,000 detained people have tested positive for the coronavirus, which is almost a third of those ICE is currently holding. As Cho notes, ICE medical care reportedly consists of people being given a Tylenol or told to drink more water.

These dire circumstances are outlined in a September 21st report issued by the Democratic-led House Homeland Security Committee, resulting from a yearlong investigation into ICE detention centers around the country. The Committee interviewed over 400 people at eight different facilities. Their findings outline ICE facilities failing to meet the very basic standards of care:

Reported by The Washington Post, the House Committee “described an ICE detainee in Louisiana who went into anaphylactic shock four times in four months before blood tests were administered that determined the man had a peanut allergy. At a jail in New Mexico, where an inspector made an unannounced visit, the facility was ‘a mess’ and 300 sick calls by detainees had gone unanswered, while immigrants with chronic conditions lacked routine care.”

House Homeland Security Chairman Bennie Thompson of Mississippi states, “Our investigation has made abundantly clear that ICE must establish better processes to identify and correct deficiencies at its detention centers that don’t meet ICE’s own standards of care….The COVID-19 pandemic, and its quick spread within ICE facilities, has further highlighted how failures to meet these standards of care are a matter of life and death for migrants and employees.”

What the House Committee found aligns with the ACLU report, which is based on interviews of 150 people at five of the new Trump-era facilities who told “stories of death in solitary confinement units, people with disabilities locked away from view and given sedatives during a facility inspection, excessive use of force by officers, and the struggle to bathe without soap for over a month.” The number of deaths from suicide is also increasing due to inadequate mental health care and the excessive use of solitary confinement as punishment, some isolated for as many as 60 days for minor infractions. One-third of the deaths in detention centers from January 2017 to March 2020 were suicides, almost twice the number from 2008–2016.

The above details only skim the surface of the many stories of widespread abuse and mistreatment outlined in both reports and are primarily based on interviews, because the House Committee and the ACLU faced significant challenges in conducting their investigations and found an overall lack of transparency. Both reports indicate that the facilities they examined were given notice prior to their inspection. The House report states:

One housing unit toured at the Adelanto ICE Processing Center had the smell of fresh paint. A guard in the unit acknowledged that the area had just recently been painted; at the LaSalle ICE Processing Center, CoreCivic officials arrived at the facility prior to the Committee’s arrival and instituted a major clean up—planting fresh flowers, painting the walls, and installing new shower curtains; and at the Otero County Processing Center, migrant detainees told staff that individuals held in solitary cells were returned to the general population just prior to the Committee’s arrival.

The ACLU’s report provides numerous recommendations for Congress, Homeland Security, the Department of Justice, and state and local governments to finally put an end to the “abusive and inhumane detention conditions that were present before the virus outbreak and which undoubtedly have placed immigrants in detention in more imminent danger.”

The Virginia State Senate is attempting to counteract the overarching lack of transparency to rectify the horrific conditions putting those held in ICE facilities in their state in danger. In mid-September, the Senate introduced a bill to establish state oversight of Virginia detention centers. Under the current law, Virginia detention centers are not required to implement recommendations, and health inspectors must be invited in. Senator Jennifer Boysko, who proposed the bill, states, “This bill will give us the teeth to allow our people to go in and make sure that they are being maintained in proper sanitation. Get inspectors in.”

As more people have died this year in ICE custody than any year since 2006, it is far beyond time to not only “get inspectors in” but to overhaul a system long predicated upon rampant injustice and a willful and deadly indifference that has robbed thousands of people of their human rights and their lives.—Beth Couch

More about: Customs and Border Patrol 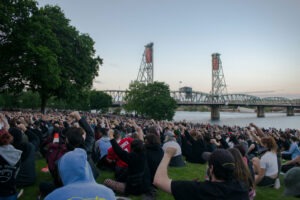 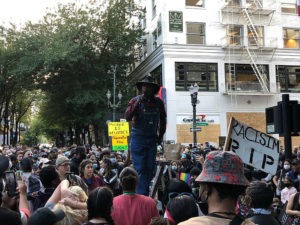 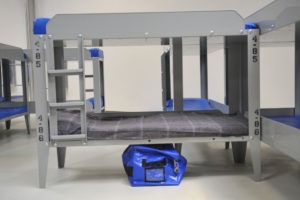 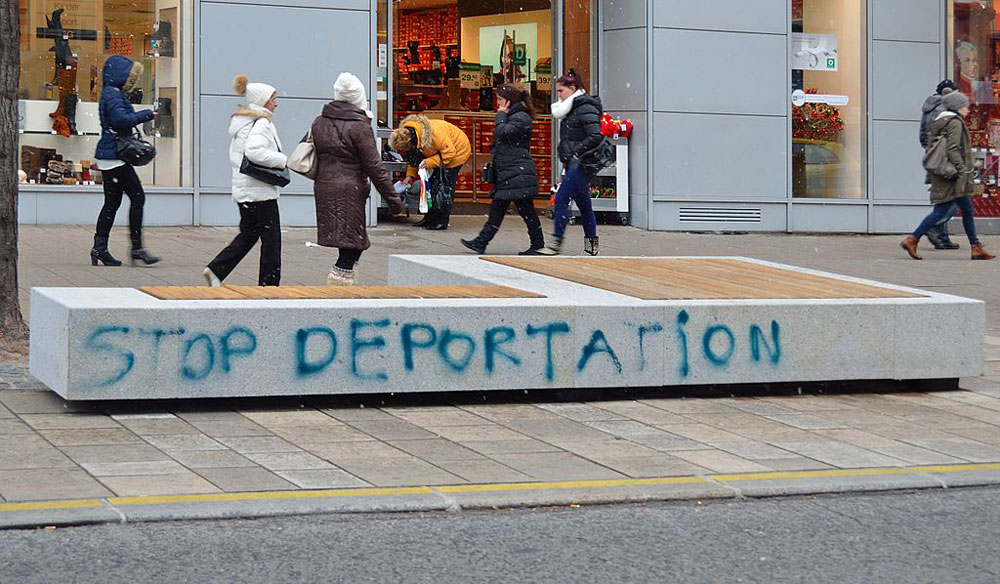 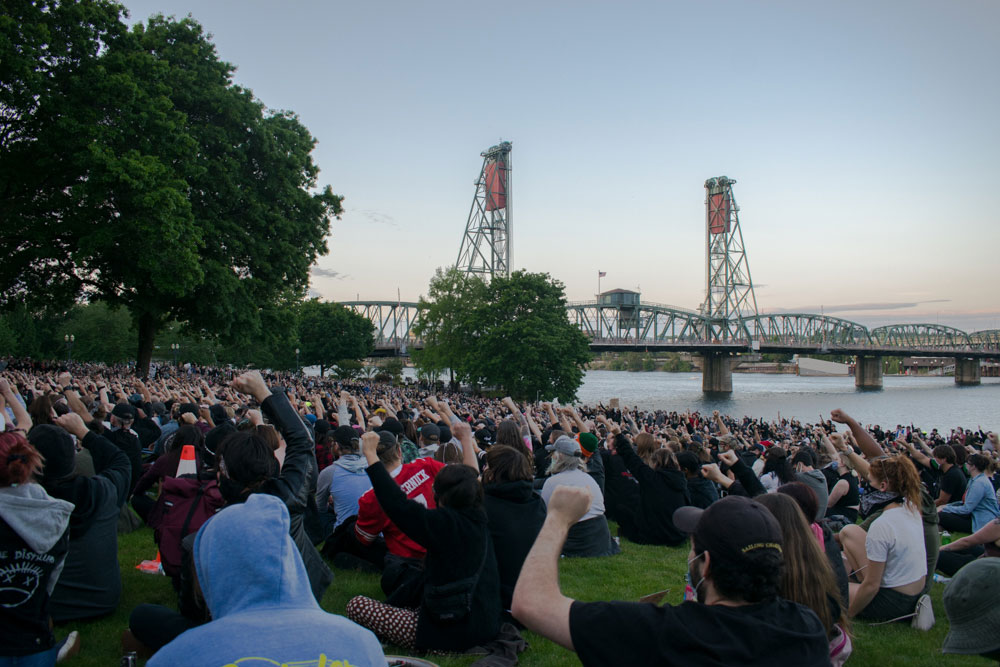 Clueless and Nameless: An Unnerving Report on Federal Agents...