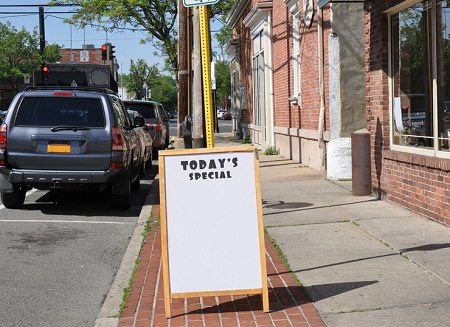 “Taxes are compulsory; philanthropy is voluntary. Many taxpayers are oblivious to what they’ve paid in taxes because their taxes are withheld by their employers and remitted directly to the IRS. Philanthropy requires attention; at a minimum, the philanthropist must write a check and forgo the enjoyment of money that was already in his or her bank. And, even small-time donors often spend at least some effort getting to know a charity and volunteering time as well as money.”

She suggests, agreeing with the University of Indiana’s Les Lenkowsky, that when Romney (or his advisors) combine his charity and philanthropy, it makes him look defensive, as if he is somehow trying to mask his low tax rate of 13.9 percent. However, Pfeffer goes on to take issue with Alan Wolfe, who criticized a Chronicle of Philanthropy report on the higher charitable giving of southeastern states, which is attributed to the fact that Southerners tend to be more religious than those in some other areas of the U.S. Wolfe suggests that the higher taxes that people in other states pay, compared to the low-tax southern states, lessens the need for charitable giving in the less-religious parts of America.

She suggests that Wolfe is doing what Romney (or his advisors) did: equating and blending paying taxes and giving to charity. Without defending Wolfe’s framing of the issue, we can understand his argument, not that taxes and charity are equivalent, but that when government takes on a major role in providing for the social welfare of a population, the need for charity, as seen by individual donors, may be somewhat reduced. If the focus is on religious givers, remember that 32 percent of all charitable and philanthropic distributions go to religion, according to the latest Giving USA report, and about half of individual giving is for religious entities.

Given the small amount of religious giving that goes for other than sacerdotal purposes (we’ve seen reports putting the number as low as three percent, and it’s certainly below ten percent), Wolfe’s argument has some resonance. It isn’t that tax payments and charitable giving payments are fungible dollars, but that some states with higher tax requirements often tend to put those revenues toward meeting social needs, needs which may not be well met by religious giving.

Maybe what would help the Pfeffer/Wolfe debate is to cull out giving to religion (for the purposes of religion) from the overall charitable giving totals attributed to individual donors. Then the remaining charitable giving could be compared more like apples to apples, and the impact of a factor like government taxes or government spending could then be better understood.—Rick Cohen