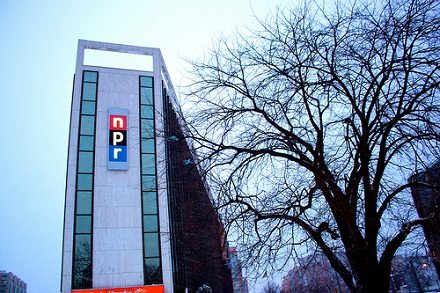 News organizations all over the country are struggling with their revenue mixes and market shares and National Public Radio is no different. One of its columns of funding is, of course, corporate underwriting (which this Washington Post article equates with advertising) and this, in particular, has fallen off, leaving the organization facing a likely deficit at the end of its fiscal year in September.

Part of the problem may be in the turnover of key staff, including the chief executive and a number of key development positions. The current chief executive, Gary Knell, replaced Vivian Schiller, who resigned in March of last year after James O’Keefe made a videotape of two of NPR’s fundraisers making disparaging remarks about conservatives. NPR has long been under attack by some who feel that it is too liberal.

The deficit is nothing new, as NPR has run one for three of the past four years, but it has, in those cases, been able to dip into its endowment to cover the losses. This time, the gap is bigger than the endowment will be able to cover.

In an odd juxtaposition of events, exhibiting the depth of the shifting terrain in publishing, this comes as the Ford Foundation makes a grant of $1 million to the for-profit L.A. Times to expand its coverage of immigration and ethnic communities, the California prison system and Brazil. –Ruth McCambridge