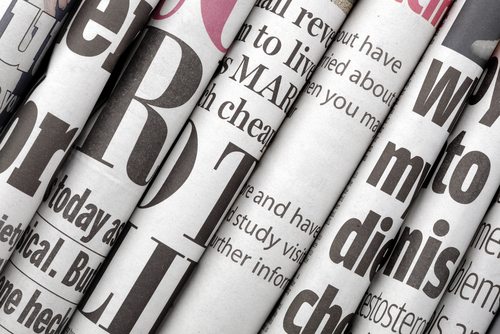 With spring in the air, life is emerging anew from a once-dead and frozen landscape. And the same seems to be holding true for the Carrboro Citizen, a short-lived North Carolina newspaper that bid its readers adieu in October 2012. But now, University of North Carolina student newspaper Carrboro Commons reports, the Citizen might just be coming back, as a paper “owned by the community:”

“‘Carrboro and Chapel Hill need a locally owned and operated community newspaper even more now than when we started The Citizen back in 2007,’ founder, owner and publisher Robert Dickson said. ‘I believe the non-profit model offers a great opportunity to bring local journalism back to our community.’”

According to the Commons, the community reacted quickly when the Citizen closed its doors in the fall. Within weeks of the paper’s closure, community organizer and local alderman Randee Haven-O’Donnell was spurred to action. From her efforts sprung the Friends of the Citizen, the group now working to resurrect the much-mourned paper as a nonprofit, partnering with a community-access TV channel in the process. The Commons reports:

“In Dec. 2012, the Friends signed an agreement with The People’s Channel , who will act as a fiscal sponsor during the interim period of application for the 501(c)3 [tax-exempt status]. Having The People’s Channel serve as their umbrella organization allows the Friends of The Citizen to begin to receive and dispense funds, make donations tax-deductible, and allows the group to apply for grants.”

The Citizen’s very inception in 2007 – starting a paper from scratch right at a time when the Great Recession was choking the life out of many a venerable news outlet – was a lofty undertaking; the future its supporters envision seems terribly ambitious as well. From Connie Cohn, a member of the Friends of the Citizen board of directors, comes this gem of a quote: “We’ve gone from thinking poor to thinking progressively and optimistically.”

Can it work? Recent academic research suggests that we had better hope so. In December, NPQ noted a Columbia Journalism School report from C.W. Anderson, Emily Bell, and Clay Shirky titled “Post-Industrial Journalism: Adapting to the Present,” which posits that the future will see a proliferation of nonprofit news organizations. Among the hurdles the Citizen can expect to face: the IRS’s painfully slow process of approving applications for nonprofit journalism entities . Such a delay in determining tax-exempt status could certainly have a chilling effect on a would-be nonprofit’s fundraising efforts. In this case, the Citizen may have made a smart move in getting fiscal sponsorship from an existing startup like The People’s Channel, and might serve as a noteworthy example for other media outlets considering the nonprofit path. Whether the Citizen’s gambit will prove successful remains to be seen, but many eyes will be watching to see how this and other nonprofit journalism experiments play out. –Shaula Clark