Department of Education Says “No” To For-Profit to Nonprofit Conversion 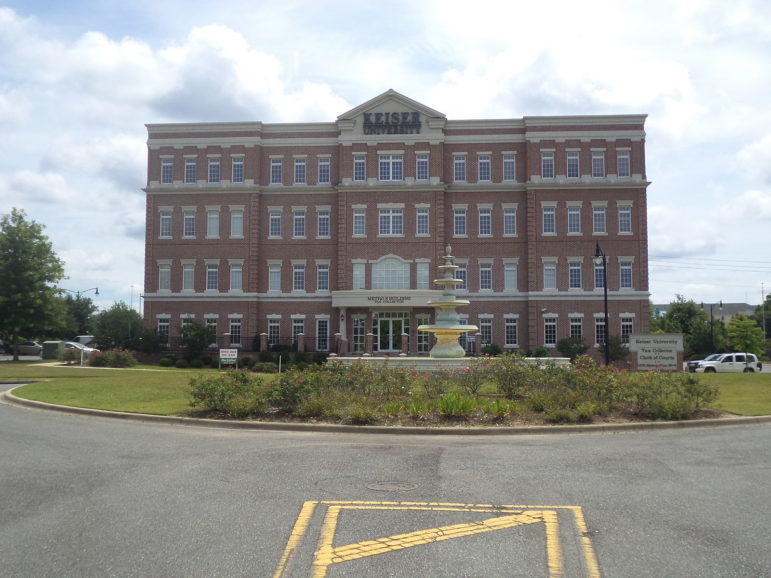 On Friday, August 5th, NPQ wrote about Keiser University, which had made a for-profit-to-nonprofit conversion but is nevertheless still operating very much like a profitmaking entity, engaging in hard-sell tactics through telemarketing that targets people for as many as three calls a day and paying millions to its president in rent and loan interest payments.

The conversion of for-profit universities, which have been under increasing scrutiny, to nonprofit ones has been the focus of much official consternation. Yesterday, as the Department of Education denied the conversion application from Center for Excellence in Higher Education, Education Secretary John B. King Jr. said in a statement, “This should send a clear message to anyone who thinks converting to nonprofit status is a way to avoid oversight while hanging onto the financial benefits: Don’t waste your time.”

“Schools that want to convert to nonprofit status need to benefit the public,” said Undersecretary of Education Ted Mitchell. “If the primary beneficiary of the conversion is the owner of the for-profit school, that doesn’t meet the bar. It’s not even close.”

Not only do nonprofit schools receive tax breaks, but they are also exempt from the 90/10 rule, which disallows for-profit colleges from getting more than 90 percent of their operating revenue from federal student aid funding. For-profit schools are also scrutinized closely for the amount of debt accumulated by students and for students’ ability to gain employment post-education. Recent actions to further regulate and restrict the activities of for-profit colleges and universities specifically has made conversion to nonprofit status much more attractive.

The Center for Excellence bought Stevens-Henager College and College America from Carl Barney for $636 million in 2012. But a stipulation of the sale had Barney assuming the role of chairman of the board of trustees and retaining control of the colleges. The tuition revenue from the sites goes to Barney, who is not only collecting from the sale of the college, but also collects rent. It’s amazing that they believed this arrangement would pass muster—except, of course, that it has before.

Eric Juhlin, chief executive of the Center for Excellence, called the ruling “wrong and derived solely from this administration’s political agenda against private colleges.”

“Unfortunately, with the support of the current administration, the department feels it can set policy and establish precedent with no legal basis to support their positions,” Juhlin said, apparently lacking any knowledge of the basic expectations of nonprofits. “That’s not the way it is supposed to work in the [sic] country.”

For his part, Barney called the department’s announcement “scandalous, false and misleading. What I did was completely honorable, lawful, and to the benefit of the colleges and our students. This scurrilous attack is shameful.”

Last October, Century Foundation senior fellow Robert Shireman released a well-researched report named “The Covert For-Profit: How College Owners Escape Oversight through a Regulatory Blind Spot.” In it, Shireman not only exposes the “conversions” of four colleges, including the Center for Excellence in Higher Education, as frauds, but he also discusses beautifully the differences between the sectors in unusually clear terms. This is elemental to his thesis that the inauthenticity of these conversions puts students at continuing risk of falling victim to profiteering by the very same folk who owned the for-profits from which those institutions evolved.

Yesterday, Shireman called the department’s action against the center “a very important step forward, telling colleges that they can’t fake nonprofit status and get away with it.”

A year ago, claiming to be nonprofit while maintaining the flow of money to investors was emerging as the new way to avoid regulatory scrutiny. The Department of Education’s action today is important because it tells colleges that becoming nonprofit is not just a change in label, it must come with actual control by trustees without a conflict of interest, people who can reliably focus on what’s best for students and the public interest, not what serves their own financial interests.

Steve Gunderson, former president of the Council on Foundations and current president of the Association of Private Sector Colleges and Universities, said it is “beyond disappointing” that the department and Obama administration suggest that “for-profit is somehow a dirty word.”

“If the department is really concerned about uniform oversight to ensure the appropriate use of federal funds, there is a simple solution: impose the same set of standards for outcomes on all sectors of higher education,” Gunderson said. “There is no standard we will oppose if it is fairly and uniformly applied to all institutions.”—Ruth McCambridge