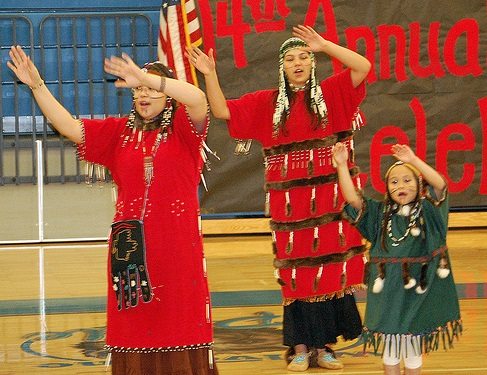 The report of the Indian Law & Order Commission released this week was highly critical about federal jurisdiction and control over the administration of justice for Native Americans, but that was nothing compared to what it reported about justice in Alaska. Conditions for Native Americans in Alaska are so bad that the commission’s report devoted an entire chapter to the state, concluding that Alaska is the worst in the U.S.

ADN journalist Richard Mauer said the commission charged that “the state has neglected huge swaths of Alaska, leading to Third World conditions and shocking rates of domestic violence, suicide and alcohol abuse.” Responding to the Commission’s devastating critique of Alaska, Attorney General Michael Geraghty said, “This governor, I would submit, has done more than any governor in recent memory to try to advance public safety in these communities.”

The commission praised Alaska Supreme Court Chief Justice Dana Fabe for trying to address public safety issues in the villages, according to Mauer, “by incorporating traditional Native practices in sentencings and for building alliances between state and tribal courts.” Its praise of the judicial branch, characterized by the commission as “impressive and welcome,” contrasted with the commission’s much less positive treatment of the executive and legislative branches of Alaska’s government. Alaska’s congressional delegation is also part of the problem, in the view of the commission. It condemned the amendments of Senator Lisa Murkowski (R-AK) to the Violence Against Women Act (VAWA) reauthorization that excluded Alaska’s tribal courts from being allowed to issue protection orders, a power authorized by VAWA for tribal courts in the rest of the U.S.

Why would bad conditions in Alaska warrant a special chapter of the Commission’s report? The Commission explains:

“Forty percent of the federally recognized tribes in the United States are in Alaska, and Alaska Natives represent one-fifth of the total State population…The State covers 586,412 square miles, an area greater than Texas, California, and Montana combined. Many of the 229 recognized tribes in Alaska are villages located off the road system, often resembling villages in developing countries. Frequently, Native villages are accessible only by plane, or during the winter when rivers are frozen, by snow-machine. Food, gasoline, and other necessities are expensive and often in short supply. Subsistence hunting, fishing, and gathering are a part of everyday life…Unsurprisingly, these conditions pose significant challenges to the effective provision of public safety for Alaska Natives…Problems with safety in Tribal communities are severe across the United States—but they are systemically worst in Alaska. Most Alaska Native communities lack regular access to police, courts, and related services. Alaska Natives are disproportionately affected by crime, and these effects are felt most strongly in Native communities.”

The results are terrible for Alaskan natives, but particularly for women. The report notes that Native Alaskan women are 19 percent of the population, but 47 percent of the state’s rape victims. “The rate of sexual violence victimization among Alaska Native women,” according to the commission, “was at least seven times the non-Native rate.” Domestic violence in tribal villages and Native communities outside of urban Alaskan centers was, according to the Commission, 10 times higher than in the rest of the U.S.

Last year and this year, Ruth McCambridge and other NPQ writers penned several NPQ newswires about the importance of the reauthorization of VAWA, including its provisions concerning women on tribal lands. Despite VAWA, the conditions facing Native Alaskan women appear to be as dangerous as generally lawless Third World nations. It is hard to believe, but if so—and the commission’s findings are stark and powerful—the violence inflicted on Native Alaskan women must be dealt with, and if Alaska’s executive and legislative branches aren’t up to the task, then something else needs to be done, now.—Rick Cohen