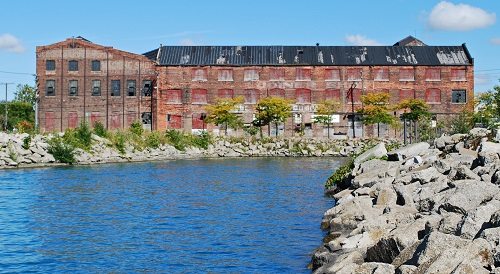 The continuing tragedy of Detroit’s practice of turning off running, potable water on households who are seriously delinquent on their water bills has reached a new pinnacle: The judge overseeing the Detroit bankruptcy process has ruled that he doesn’t have the authority to stop the shutoffs.

Or did he say that? It isn’t really clear. He actually said that there is no constitutional right of citizens to running, potable water. Clean water may be a necessity for health and wellbeing, but it isn’t a right. People who have their water shut off can presumably use public toilets, find drinking fountains, or access water for hygiene elsewhere.

There may not be a constitutional right to water in Judge Steven Rhodes’s view, but the United Nations believes (and has a resolution indicating) that water is a human right. The UN General Assembly:

But Judge Rhodes also introduced a financial issue that may have been as much a factor in his thinking as the question of his constitutional prerogatives. In his ruling from the bench, Judge Rhodes suggested that the Detroit Water and Sewerage Department would be financially harmed by an extension of the water shutoff moratorium. In light of the city’s bankruptcy and the efforts of all parties to eke every nickel they can out of any source they might find, the judge said that an extended moratorium on shutoffs would be “the last thing [Detroit] needs” as a “hit to its revenues.”

Alice Jennings, a lawyer for the plaintiffs, which included 10 residents as well as nonprofits like the People’s Water Board and the National Action Network, pointed out that her clients were not advocating for free water, but for affordable water. Moreover, the cutoffs could adversely negatively impact people least able to cope with the lack of running water, such as homes with children or with disabled persons. Witnesses from the Water Department testified that they didn’t possess “specific data” on how many of the shutoffs had affected households with vulnerable people, though one department spokesperson suggested without elaboration that they had “a fairly good handle on this.”

Since the shutoff moratorium ended in August, the Detroit Water and Sewerage Department has been turning off water for as many as 400 accounts a day. According to Darryl Latimer, the department’s deputy director, DWSD was “on pace to collect $1.5 million” in July, but during the month of the moratorium, the Department only got $200,000. If you were a bankruptcy judge trying to hammer out an equitable arrangement between the city and its multiple creditors, you might be disinclined to pass on maximizing available funds—even with the potential cost of human lives.

The result is that even with the moratorium and with programs generated by foundations and other donors, some 22,000 homes lost water due to shutoffs between March and August. Subtract the 15,251 who had service restored through payments or agreeing to payment plans, and that leaves nearly 7,000 homes shut off, with more on the way.

The judge’s decision may have been even more than an issue of scraping for every potential coin in Detroit. The press cited Aaron Renn, an urban affairs analyst who blogs under the name “The Urbanophile,” to the effect that, “If city officials don’t have the stomach to collect long-overdue [water] bills, how will they undertake tougher reforms?”

Judge Rhodes could have said that widespread water shutoffs in Detroit were a health and safety threat to Detroit’s predominantly low-income population, but instead he said it was outside of his legal purview. His ruling could have laid the groundwork for a thoughtful discussion of what aspects of public services—or how much of public services—should be treated as human rights and not subordinate to the financial needs of a municipal department whose history of managerial miscues and bad investments led to the Detroit water crisis.

That’s what’s really at issue: What parts of modern life should be treated as necessities, as rights to be protected? Access to healthcare? Access to decent and safe housing? Access to clean running water? In this instance, perhaps only a narrow one, Judge Rhodes has ruled that the rights of Detroit’s creditors who are trying to get paid back for their investments and expenses, trump the rights of Detroit’s legacy residents who are simply trying to live. – Rick Cohen