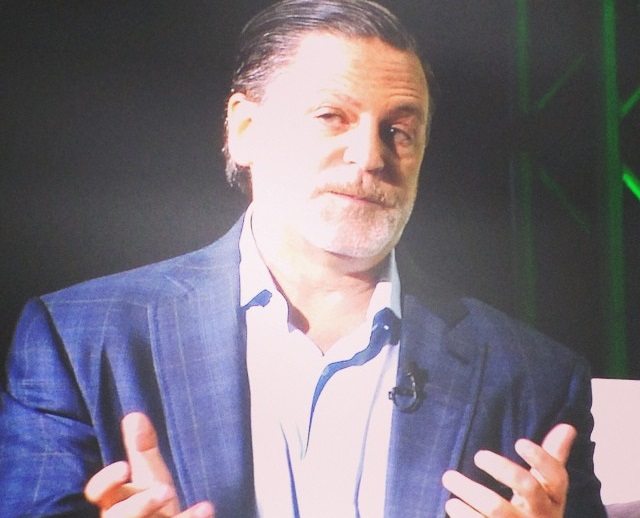 Dan Gilbert, the owner of Quicken Loans, has been lauded far and wide for investing in downtown Detroit and leading a revitalization undoing the city’s devastating blight.  According to the Detroit News, Gilbert’s mortgage lending company may have been a significant contributor to blight by ranking fifth among all residential mortgage lenders in terms of the number of mortgages in Detroit that resulted in foreclosures during the past decade.

Detroit’s foreclosure problem is visible and massive.  The article in the Detroit News says that that one of three homes in Detroit have been foreclosed in the city over ten years, equivalent to the entire housing stock of Buffalo, and costing the city $500 million, a figure The News came up with as a combination of the cost of demolition ($195 million) and lost tax payments ($300 million).

Detroit News reporters Christine MacDonald and Joel Kurth note that half of Detroit’s foreclosed properties ended up as blighted.  Gilbert ended up co-chairing a task force of the Obama Administration that recommended 40,000 structures needed to be demolished.  The implication is that the lending and foreclosure practices of Gilbert’s Quicken Loans were a major contributor to the City’s blight, without Gilbert’s acknowledgement that his company was a contributor to the problem.

They cite neighborhood leaders and the American Civil Liberties Union of Michigan that Quicken was a significant contributor to Detroit’s blight.  Brooke Tucker, an ACLU of Michigan attorney, said there is “no question” Quicken’s large number of foreclosures over the past decade contributed to Detroit blight though other financial institutions were worse, and added “I wish banks would spend more funds like Dan Gilbert to try to fix the mess, but they do have a responsibility for the mess. This is a bank-driven, mortgage-driven problem.”  The News reported that just short of one-fourth of Quicken mortgages in Detroit could be considered “subprime.”  Gilbert challenges the News characterization of Quicken loans as subprime as erroneous. Guy D. Cecala, CEO and publisher of Inside Mortgage Finance, told The News that “Quicken would argue their track record was better than anyone in the industry, but of course the bar isn’t that high in the mortgage industry.”

Bernard Parker, an east side activist and former Wayne County commissioner, said that Quicken was more aggressive than other companies in selling mortgages before the national economic meltdown. “Quicken, along with other banks that gave these loans, have some responsibility to rebuild neighborhoods,” said Parker, who now runs the Timbuktu Academy of Science and Technology charter school. “No one thinks Dan Gilbert is a friend or champion of the neighborhoods” around his east side neighborhood, he added.

MacDonald and Kurth name four other firms with more foreclosures in Detroit than Quicken.  Argent Mortgage/Ameriquest Mortgage, Washington Mutual, New Century Mortgage, and Countrywide all beat Quicken in foreclosures, but all four went out of business during the mortgage meltdown, while Quicken survived and seems to have thrived.

Gilbert, you might say, is unhappy with the Detroit News report, contending that his company’s lending policies cannot be authoritatively linked to the city’s widespread blight:  “It’s very hard to make any causation between these loans and the fact that (homeowners) walked away or could not afford the payments and some eventually became blighted,” Gilbert told The News.   Gilbert doesn’t seem to take criticisms or investigation with equanimity.  Earlier this spring, the federal government sued Quicken alleging that the company had approved lots of mortgages between 2007 and 2011, though with no specific mention of Detroit, that didn’t meet federal standards, but Gilbert responded that the feds were on a “witch hunt” and filed a pre-emptive suit against the U.S. Department of Justice.

Distinctively, Gilbert said that it wasn’t his company’s mortgage loans or perhaps even other mortgage foreclosures that were responsible for the blight.  “I’m sure some lenders contributed to part of it,” Gilbert said. “But No. 1, I’d have to say, is property taxes. … That was like throwing gas on a fire.”

On a conservative radio talk show, Gilbert called MacDonald and Kurth “irresponsible” and “unprofessional” .  Although MacDonald is an adult, Gilbert said that she had seemed to be a “pretty smart girl”.  It’s not as bad as having called LeBron James “narcissistic,” “callous”, “cowardly,” “heartless,” and worse when James left Gilbert’s Cleveland Cavaliers in 2010, but it is, by now, quite clear that Gilbert doesn’t appreciate being crossed in the press or in sports.  The investigative press has gotten on his last nerve. Gilbert  clearly took aim at journalism in his radio show comments, saying “Someone needs to hold these muckracker [sic] people accountable.”

Gilbert and Quicken have their supporters in this dynamic.  Steve Bancroft, the former Dean of the Cathedral Church of St. Paul in Detroit who served as executive director of the Detroit Office of Foreclosure Prevention and Response from 2008 until 2011, told The News, “Quicken is probably more responsible than most.”  However, like the other banks, Quicken, according to Bancroft, said, “We’re sorry this happened to the city, but we didn’t do any bad loans.”

Does the Quicken foreclosure controversy have any meaning for nonprofits and foundations concerned about the revitalization of Detroit?  A few obvious implications could be these:

In the words of MacDonald and Kurth, “(F)oreclosure is a bomb with multiple detonations. The first comes when homes are abandoned. Then they are neglected, stripped of metals, left open for squatters and drug dealers. When nothing is left, they often burn.” In Detroit, once attractive neighborhoods are full of abandoned, devastated homes, awaiting the bulldozer as recommended by Gilbert’s blight task force, rather than rehabbers who might have saved the properties hadn’t it been for the city’s—and the nation’s—mortgage foreclosure crisis.  It is easy to see that compared with the likes of Countrywide, Gilbert’s Quicken Loans would have been hard-pressed to be at the top of the worst lenders in Detroit.  Nonetheless, despite his slurs against the two “muckrakers” at The News, Gilbert might benefit from some greater sense of contrition and Detroit might benefit from being a little more wary of corporate saviors.—Rick Cohen