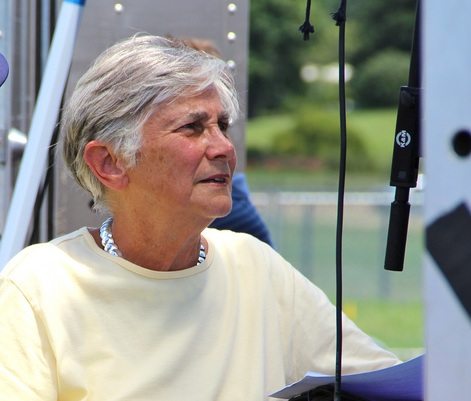 If you don’t know who Diane Ravitch is, you should. Be assured that the die-hard advocates of privatized approaches to education reform know this brilliant New York University education professor, who was once seen as generally supportive of the conservative critique of public education, but has drifted to being equally critical of charter schools and school vouchers. (See her 2010 book, The Death and Life of the Great American School System: How Testing and Choice Are Undermining Education, and NPQ articles on her here, here, here, here, here, here, and here).

The July 5 entry in her personal blog is titled, “I Am Puzzled by the Gates Foundation,” a commentary on a guest column by “Chemtchr” in Anthony Cody’s column for Education Week discussing the “leveraged philanthropy” model of the Bill & Melinda Gates Foundation.

Chemtchr takes off on the Foundation’s concept of leverage, which, in her mind, seems to be significantly focused on public-private partnerships in which the partner is a large corporate behemoth as interested in profits as it might be in social good, the latter suffering at the expense of maximum profits. She ticks off Gates Foundation partnerships Monsanto (on sustainable agriculture), GlaxoSmithKline (vaccination), Pearson Education (a British education services firm Gates has apparently recruited on U.S. school reform), and others. She also notes that Gates grants or investments that “are positioned to leverage control of policy analysis and news outlets,” such as the Foundation’s sponsorship of the Guardian’s coverage of global development issues and its partial funding of Education Week itself on education reform. It is a devastating critique, not that it suggests that Gates intentionally promotes corporate profits, but that the Foundation’s leveraged philanthropy takes it that way nonetheless.

“I am puzzled by their funding of ‘astroturf’ groups of young teachers who insist that they don’t want any job protections, don’t want to be rewarded for their experience (of which they have little) or for any additional degrees, and certainly don’t want to be represented by a collective bargaining unit.

I am puzzled by their funding of groups that are promoting an anti-teacher, anti-public education agenda in state after state. And I am puzzled by the hundreds of millions they have poured into the quixotic search to guarantee that every single classroom has a teacher that knows how to raise test scores.

Sometimes I wonder if anyone at the Gates Foundation has any vision of what good education is, or whether they think that getting higher test scores is the same as getting a good education. I wonder if they ever think about their role in demoralizing and destabilizing the education profession.”

Addressing the influence of Gates’ discretionary grantmaking, Ravitch adds, “They want accountability for teachers, but who holds them accountable?… They may be well-meaning but they are misinformed, and they are inflicting incalculable damage on our public schools and on the education profession.”—Rick Cohen