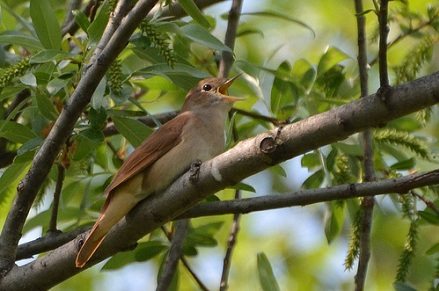 In San Diego, Calif., the La Jolla Playhouse is being taken to task on social media outlets for its casting of a play depicting the Hans Christian Anderson story The Nightingale. Although the play is set in China, it has a dearth of Asian cast members and many theater enthusiasts are not amused.

One blogger wrote, “This is a professional theater with a budget and access to any and every Asian-American actor in the country. It boasts a director of international fame and a writing team that has won Tony Awards—all they had to do was say, ‘Hey, this show is set in China. Let’s cast some Asians up in here.’”

Writing for the International Business Times, Christopher Zara places the public dispute in context, trying to do justice to the question about whether the protest is political correctness infringing on artistic license or something more pernicious—like a lack of commitment to minority performers in a production where their casting would be justified. Christopher Ashley, La Jolla’s artistic director, had this to say: “Hans Christian Andersen was writing a satire of the West, and setting it in China. It’s not about Asia. What’s really important to the piece is to have completely colorblind casting.” But on its Facebook page, the theater has announced that it is responding to its community’s concerns by hosting a public forum to discuss the issues on July 22.

Zara points out in this article that last year, TheaterWorks in Hartford produced Stephen Adly Guirgis’s The Motherf**ker With the Hat, casting white actors in roles written for Latinos. In that case, even the playwright protested, calling the production “dangerously close to a minstrel show” and saying, “I want the play to get done, and I’m not going to micromanage casting, and I know there are parts of the country where it’s harder to find a lot of Latino actors…But this play was cast in New York City and in Hartford, and you can’t tell me that there weren’t qualified Latino actors to play characters who are Puerto Rican.” –Ruth McCambridge