Do German Museums Flout the Minimum Wage under the Guise of “Apprenticeships”? 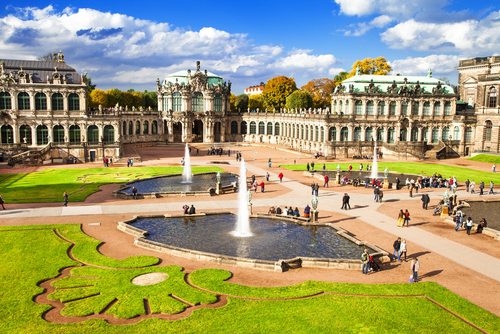 A higher minimum wage is no guarantee of higher pay for some Germans, especially for young workers. Several museums in the European Community’s strongest economy are allegedly running afoul of the €8.50 minimum wage law that’s been in effect since January 1st of this year. These suspect cultural repositories are state-run and classify many of their young workers as “apprentices,” which are not covered under the new pay floor. However, German law requires that such jobs have some substantial educational component.

In one case, a federal museum advertised three positions, each involving duties of restoration and maintenance, and tracking transports, stating that compensation complied with civil servant pay rules. But according to an analysis by the German Federation of Trade Unions (DGB), pay per hour is actually €6.17, about 25 percent below the applicable minimum wage. DGB’s Karsten Schneider, responsible for government officials and public service, describes this as a ruse “clearly trying to lower wages by offering a job under the guise of an apprenticeship.” Schneider notes that the collective bargaining agreement for the public sector establishes the wage for full-time work as approximately twice the minimum for apprenticeships and volunteers (perhaps not the exact equivalent of the American sense of volunteer).

Eckart Köhne, president of the German Association of Museums, sallied forth support for the museums’ wage practices, stating, “The German Association of Museums has supported the reasonable payment of volunteers for many years.” In perhaps a deft employment of a non sequitur defending the low-wage practice by the offending museums, he argues that practical experience working in a museum constitutes training. True for sure, but then again, Angela Merkel, a visiting head of state at the White House this week, would just be considered a highly paid volunteer. Maybe Germany will offer their Chancellor a full time position.—Louis Altman

More about: Arts and CultureInequalityNonprofit NewsPolicy