Doctors Without Borders Calls Out Chaos in Humanitarian Relief Efforts 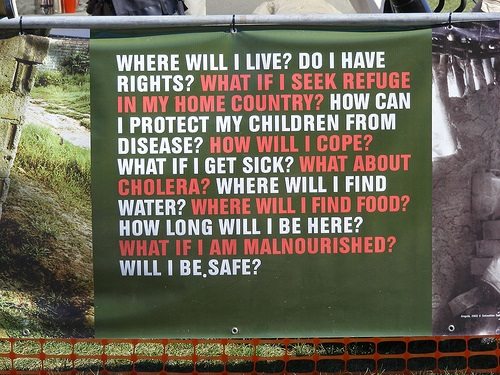 A report issued by Médecins Sans Frontières/Doctors without Borders (MSF) entitled “Where is Everyone?” states that, while international organizations have seen increases in their fundraising efforts, their direct impact in the developing world has decreased significantly. The report highlighted a number of issues and made assertions that ranged from “Humanitarian responses are slow and cumbersome and lack impact” to “UN agencies and INGOs are increasingly absent from field locations” and “when assistance is most needed, international staff of humanitarian agencies are rapidly evacuated or go into hibernation.”

The report is based on interviews with 116 humanitarian workers and provides case studies that look into analyses of the international responses to conflicts in the Democratic Republic of the Congo, South Sudan, and Syria. According to the report, the response to the crisis in the Congo “constrained itself to a withdrawn role, focusing on its day-to-day work in projects, and did not try and influence the larger humanitarian community.” One Congo staff leader, discussing the creation of refugee sites, said, “These spontaneous sites attract insecurity. It’s a bad choice, either you are outside the camp and have to fend for yourself or in the camp and have to deal with insecurity.”

While the report spends considerable time on international NGOs, the report also names a number of issues with the United Nations. MSF’s international president, Joanne Liu, stated, “The current UN system inhibits good decision-making, in particular in displacement crises where a number of UN agencies have a responsibility to respond.”

International groups are already responding, with a representative from the United Nations High Commissioner for Refugees (UNHCR) addressing a Guardian article about the report by asserting, “Anyone who has been in a full-blown humanitarian emergency will know that they can indeed be chaotic and dangerous, especially in the initial phases. It is, nonetheless, vital that people in acute need get the help they need. UNHCR constantly looks at ways to improve the way we work, and we are viewing MSF’s criticisms in that light.”

With improving “the way we work” as an obvious goal of the report, Sandrine Tiller, co-author of the report, believes that there are several key challenges that face international relief organizations. The following are several examples:

International NGOs have started to heed the call for better connections to the field. In an online discussion following the report that was hosted by the Guardian, Michael von Bertele, humanitarian director at Save the Children International (SCI), said when asked about reducing bureaucracy that SCI has “reorganized so that it is able to delegate decision making to its country offices which are much more in touch with the actual needs of the people they support…The whole organization is thus realigning to recognize its responsibility to respond across the full spectrum of need from emergency to development.”—John Brothers