Does Proportion of Giving Devoted to the Poor Justify the Charitable Deduction?

Making use of data from a 2007 report produced by Google and Indiana State University’s Center for Philanthropy, Dylan Mathews, writing for the Wonkblog of the Washington Post, reminds us today  of a startling estimate regarding how much of charitable giving actually goes to help poor people. 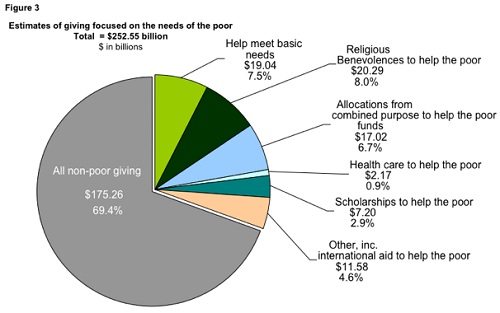 He accompanied that with a chart detailing the income levels of those who actually get the tax break. 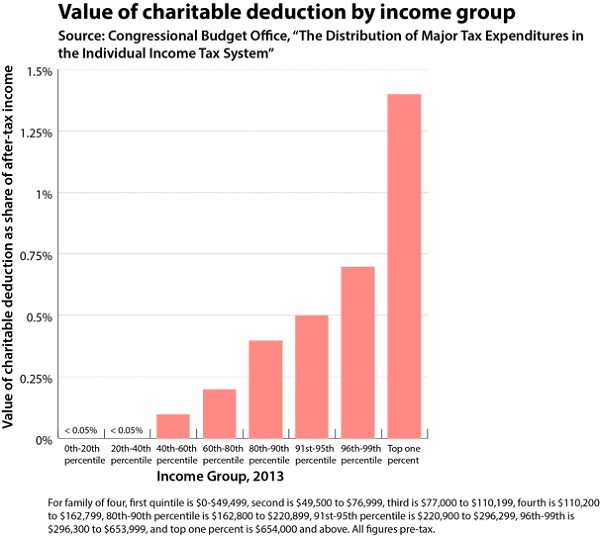 And concluded with this observation,

“Now, maybe helping the poor isn’t the only, or even the main purpose of the charitable deduction. Maybe part of being a liberal society that tolerates a variety of religious traditions is giving religious people tax breaks on what they give to their churches. Maybe donations to higher educational institutions, even donations that are poorly disguised bribes to get the donors’ children admitted, are worth subsidizing.

But regardless of its other merits, the deduction’s distributive argument seems pretty clearly regressive.”

All of this is old news, but useful to keep in mind when the discussions of the charitable deduction heat back up.—Ruth McCambridge