On November 30th, NPQ wrote a newswire about the Caring Voice Coalition, the first patient assistance charity to have its favorable advisory opinion to be rescinded by HHS for being in too close a relationship with one of the big pharmaceutical companies that act as its donors. Now, one of those donors, United Therapeutics, has achieved its own “first” by settling a related case with the feds for $210 million to resolve kickback allegations in a scheme to market a pulmonary arterial hypertension (PAH) medication through subsidies paid to charity and passed along to patients. In the end, this drives drug prices up. Caring Voice Coalition was the partner named in the scheme.

The settlement agreement reveals that United Therapeutics “made donations to CVC’s PAH fund and used it as a conduit to pay the copay obligations of thousands of Medicare patients…to eliminate price sensitivity of patients purchasing or physicians prescribing the subject drugs, and to induce those patients’ purchases.”

So far, the list of companies that have disclosed they’re under investigation for patient assistance charity contributions include Johnson & Johnson, Pfizer, Astellas, Gilead Sciences, Celgene, Biogen, and others. Aegerion had previously struck a settlement agreement worth $36 million, partly for its charity contributions, but a judge recently rejected the deal and sent the case to trial.

In a statement accompanying the United deal, Chad A. Readler, the principal deputy assistant attorney general at the DOJ’s civil division, said the “settlement shows that the government will hold accountable drug companies that attempt to use illegal kickbacks to defeat mechanisms Congress designed to act as a check on drug pricing and healthcare costs.”

Of course, many patient assistance charities and pharmaceutical companies run from the same model, leading observers to believe this case will serve as a precursor to many more DOJ actions to come. But, is that likely to stop anyone in this highly lucrative network of schemes?

Caring Voice Coalition saw its corporate contributions rise to $153 million from $131 million in 2015, according to its financial statements, and United brought in $1.6 billion in sales last year. Who knows how that may be affected by the five-year corporate integrity agreement that the company was forced by HHS to sign?—Ruth McCambridge 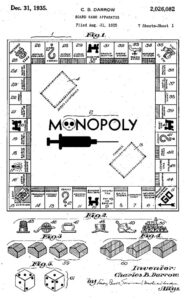