Donor Blindness and the Eradication of Polio 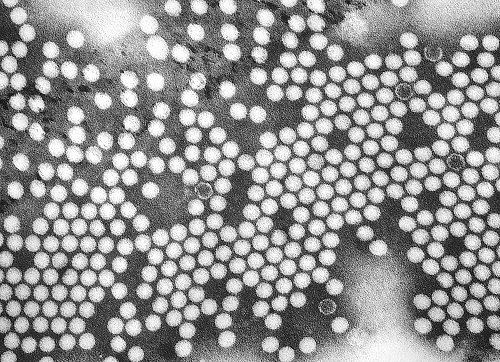 (Thanks to Bill Schambra for directing our attention to this)

It is unfortunately all too common that nonprofits with apparently laudable missions end up out of step with the communities they intend to benefit. Such a rift is well and succinctly described in a New York Times editorial by Thomas Abraham, an associate professor at the Journalism and Media Studies Center at the University of Hong Kong, entitled, “They Need Other Medicine Too.”

Abraham says that global health programs are often siloed by disease and that in the realm of polio eradication this has led to a disconnect between the program and people in areas where polio is still an issue.

He points to what a man in Northern Nigeria asked, “Why polio, polio, polio, when we cannot get a health clinic near our village?”

Indeed, although polio exists in parts of Nigeria, Pakistan, and Afghanistan, the disease is a health issue of lesser importance than Malaria, pneumonia, and diarrhea. These are the diseases most often fatal to children under five years of age but because polio eradication has more resources, it gets more emphasis. Outreach teams come bearing gifts of free vaccine, while parents must still pay for medicines to treat other more deadly health concerns. This causes an understandable recalcitrance among parents.

In parts of India, there are actually vaccine resistors whose demand is that they receive clean water and sanitation ahead of the polio vaccine. Campaigns were designed to try to convince them to relinquish this stance.

Abraham says the disease specific approach lacks resonance and that pledges from donors to work together to take a more comprehensive approach haven’t always worked probably partially due to funding structures that require the groups to meet specific targets related to their disease of choice. “The same children who need to be vaccinated against polio,” he asserts, “also need to be reached by other immunization programs, receive bed nets from the malaria program, and benefit from nutrition and safe-water initiatives.”

The top-down structure of global health programs is a problem and it is funders who are calling the shots. Abraham feels that those shots are called with far too little input from those who are meant to be served.

Abraham ends with this observation: “The polio eradication campaign keeps close track of the technical problems that have led to missed deadlines: poor implementation by local governments and unrest that makes it difficult to carry out vaccine campaigns. But the most important reason is probably the lack of engagement by local communities and leaders because polio eradication was not something they asked for.

Global health programs need to be rebuilt from the bottom up, responding to the most urgent needs of communities, rather than what donors feel they want to fund.” –Ruth McCambridge