Donors are Giving, but Box Office Is Down at the Met 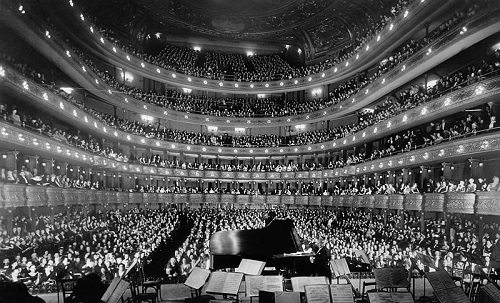 These are such “interesting times” for large arts organizations because the formulas are all in flux. For instance, the New York Times reports that for the past five seasons, net donations to the Metropolitan Opera have increased from $111 million to $142.5 million and revenues from its HD presentations of operas in movie theaters increased from $22 million to $32.5 million. And that is all good—except that actual opera attendance is falling.

Last season, the Met raised ticket prices and saw a dropoff in attendance. Even after they reversed that increase, the box office revenue has continued to be relatively weak, bringing in only 69 percent of its total potential box office, as compared to the 80 percent it averaged for the past decade and the 88 percent it achieved in the 2008-9 season. Box office revenue accounted for 27.6 percent of total revenue last year, down from a third in the 2008-9 season, and donations as a proportion of revenues rose from 45.3 percent to 48.7 percent.

Gelb spoke volumes when he commented, “The economics of this art form are more than challenging, and ultimately we’re looking for solutions to solve these financial problems.”

But in the New Yorker, William Robin writes, “As the musicologist and pianist Charles Rosen so eloquently put it, ‘The death of classical music is perhaps its oldest continuing tradition.’” He calls our attention to the fact that classical music has managed to hang on for centuries, enriching our palid lives. He writes:

“Classical-music concern-trolls toss poorly aimed barbs. Critics blame the business (‘It’s a charity case!’ ‘Ticket sales will never account for all of its costs!’) and the culture (‘Why all the abstruse rules of conduct?’ ‘Why can’t I wear shorts?’) without having a clear grasp on either. There seems to be a deeper savagery at work, one that maniacally insists that a functioning industry reflect on itself, as though orchestra managers and opera intendants were oblivious to their own problems. ‘Listen to me!’ the pundit demands, shaking classical music by its shoulders. ‘I have the stats. You’re dead.’”

Nay, nay. This too shall pass.—Ruth McCambridge

More about: Arts and CultureFundraisingGivingNonprofit NewsPolicy