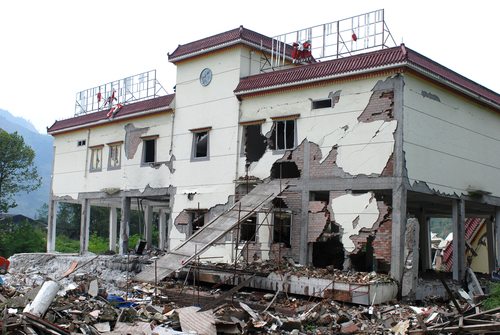 While it is still in the mix of those receiving donations for disaster relief, The Red Cross Society of China, a state-run organization, has fallen behind other charities in raising money for those affected by the earthquake on April 20th. The devastating quake killed at least 188 people and injured 12,000; it is estimated to have affected 1.72 million people. In the wake of that catastrophe, fundraising has been fast and furious, with the task being shared by private and state sponsored groups. As of 5 p.m. on Sunday, April 22nd, the Red Cross, which had been rocked by scandal in 2011, had received more than $10 million, but the independent Sina Microcharities reported that it had more than $13 million in hand. Deng Guosheng, the director of the NGO Research Center at Tsinghua University in Beijing, believes that it is a trust issue, “Compared to the opaque system that most state-supported charity organizations have, non-governmental organizations and the newly emerged so-called microcharities follow a more transparent system.”

Organized philanthropy is fairly young in China, and the Red Cross suffered from a blow to its reputation after Guo Meimei, a 20-year-old woman who said she was the Commercial General Manager of the Red Cross, posted online photographs of herself living the high life. Internet speculation ran wild about how the woman got her post and where the money to fund her lifestyle was coming from, and the incident became an iconic warning about what philanthropy could become if corruption and a lack of transparency were the order of the day. Though Zhao Baige, an executive vice president at the organization, believes that online critics are fueling misunderstandings and prejudices toward the group, distrust persists among many.

Some of the alternative sites are very new. Sina Microcharities, which had raised $13 million and started 29 relief projects by Sunday, just started in February. One of those projects received $147,000 from Liao Dong, the founder of an online gaming company. He gave through Sina because, despite its short track record, it was “more transparent.”—Ruth McCambridge