Dr. Conflict Takes On the Wages of Philanthropic Gossip 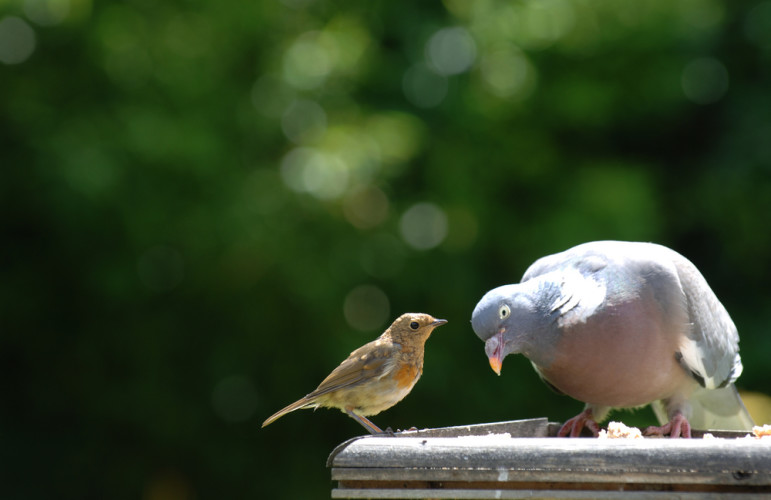 This article is from the Nonprofit Quarterly’s spring 2016 edition, “Strategic Nonprofit Management: Frameworks and Scaffolding.”

Our organization received a grant from a major local foundation to add a senior position to our staffing. We did a national search, had a thorough screening process, and hired a man who had to move to take the job. Unfortunately, the person ended up being a bad hire, and despite many efforts to make it work, we ended up letting him go. It was painful but absolutely necessary in ways that we could not discuss with others. We immediately notified the funder about the separation and were told that they understood.

Unbeknownst to us, however, the funder was secretly fuming, and began reaching out to our other funders to tell them that all confidence in our organization had been lost and the foundation would no longer fund us. This funder also took a group of funders to visit with a peer organization, and asked if they’d like to take over our organization; they declined.

This funder never shared any concerns with us directly. Not only did we lose this funder’s money, but our relationships with a few other foundations have become strained, and one other foundation has completely stopped funding us.

We’ve moved on and, two years after all this happened, are doing some great work in our community. However, we are finding that funders are still gossiping about our organization, thanks to this foundation executive. Recently, we learned that a longtime corporate funder almost declined our request for funding because another corporate funder who doesn’t even fund our organization gossiped that we weren’t doing well.

Our organization is in a city where people love to gossip and spread rumors. People are polite to your face, but when you turn around, they relish talking about you. What can we do to stop this gossip and move beyond it? We cannot afford to lose more support.

—Trying to Move On

So you made a bad hire and your funder was so unhappy about it that she or he stopped supporting you, convinced at least one other funder to do the same, tried to put you out of business, and continues to poison the well. And all this over a bad hire? Was the person an axe murderer or what?

Something about your story just doesn’t add up. You write that “we immediately notified the funder…and were told that they understood.” Told by whom, exactly, and did they tell you, specifically? And what’s up with the “unbeknownst to us” and the “funder never shared any concerns with us”?

What kind of a topsy-turvy world are you living in? Since when do funders owe people like you and me anything, including sharing their concerns? Or bringing you into their confidence? They’re the funders, after all; they are the intermediaries between you and the end client. They are to be nurtured and treasured.

Do you know the old saying that if you have to eat crow, it’s best to eat it warm? Dr. Conflict guesses your answer is no, because the crow you now must eat is very, very cold. But eat it you must if you’re to get in front of this mess. How? You must apologize to your funders for leaving them out of the loop. And you should consider doing the same for all those gossipers who clearly are thirsty for your truth. Nothing disarms a gossiper more than knowing who you really are.

The good news is that a sincere apology might just turn things around for you. Says expert John Kador, “Today’s most urgent leadership challenges demand the ability to apologize when you make a mistake. The capacity of leaders to apologize can determine their ability to create the kinds of high-trust organizations required to navigate challenging times.”1

An effective apology “incorporates recognition of the offense, taking responsibility, expressing remorse, offering restitution, and signaling a commitment to not repeat the offensive behavior.”2 Thus, you must first recognize that leaving your funder out of the loop for two years was a mistake—a big one. Next, you take full responsibility for it and say that you feel awful about it, which you obviously do. Then, promise that you will be proactive in reaching out from now on and promise to never make this mistake again.

Once you are done with your apology, you can ask your funder about how you can do a better job in the future. And you may be pleasantly surprised that your funder will forgive you. You made a big mistake in hunkering down and avoiding the conflict with your funders, but here is a way out: “Just say you’re sorry. An apology shows humility, models respect for others, and demonstrates a desire to learn, all of which are traits of strong leaders.”3

This is not to say that you should get all weepy, become a stalker, or think that you and your funders are going to be BFFs. Stay cool and confident, and help your funders get to know the real, honest, trustworthy, responsibility-taking you. In other words, keep them in the loop but don’t go overboard.

The wonderful thing about apologizing is that it can open a door for you to mend the relationship with your funder. Even better, word may get out to others about you—only this time, the word will likely be positive. Dr. Conflict knows this from his own experience with apologies—both warm and cold.

I work in a very hierarchical organization. I am four levels below my vice president and rely on my chain of command to pass along information and updates on a project. To add some complexity to the situation, I am a front-line, middle-level fundraiser on a very high-profile project. (Normally it would be out of my hands and managed by others, but for a variety of reasons—mainly that I got the lead gift that launched the project, that hasn’t happened.)

On a fairly consistent basis, my vice president says he doesn’t “know what is going on” with my project; however, I dutifully provide reports, keep my central database updated, provide live Google documents that can be accessed at any time, et cetera. Because I am not at the next level in the chain of command, I don’t attend meetings where information is shared and people relevant to the project are discussed.

Stop behaving like a peon—you’re clearly not one—and start behaving like the star performer you are. You brought in the lead gift for the high-profile project, for goodness’ sake. In the words of Marianne Williamson: “It is our light, not our darkness that most frightens us. We ask ourselves, Who am I to be brilliant, gorgeous, talented, fabulous? Actually, who are you not to be?”4 Assume that you belong right where you are now.

Obviously your issue is first with your vice president, who has told you he doesn’t know what is going on. It would seem that he just isn’t interested in all the things you dutifully provide. So why not simply ask him to describe the best course of action? Maybe he is technologically challenged; maybe he just wants to be in your shining presence more often. Who wouldn’t, given the brightness of your gifts?