Dr. Dre and Jimmy Iovine Give $70M to Arts, Technology and Future of Innovation 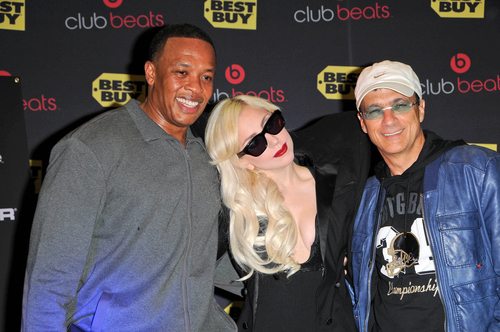 Can innovation be taught? Can a school deliberately help to hatch the next Facebook? That’s the hope of arts entrepreneurs Andre “Dr. Dre” Young and Jimmy Iovine, who have donated $70 million to the University of Southern California to establish the USC Jimmy Iovine and Andre Young Academy for Arts, Technology and the Business of Innovation. Dre and Iovine have themselves struck gold in music as producers and performers, and created the Beats by Dr. Dre line of headphones in 2006, which has captured an unheard-of 40 percent of the ultra-competitive, and heretofore fractured, market.

The generous benefactors are like giddy expecting parents, telling the press how proud they are of the promise that might arise from their seed money. Iovine told the New York Times on Monday on the grounds of the USC campus that “If the next start-up that becomes Facebook happens to be one of our kids, that’s what we are looking for.” Dr. Dre, who first climbed to fame as a force in rap music, is paying his fortune forward, stating that, “I feel like this is the biggest, most exciting and probably the most important thing that I’ve done in my career.”

Dre and Iovine could have spread their fortunes in venture capital in the hopes of acquiring stakes in young, promising companies, but chose instead to inspire young undergraduates like themselves who have diverse interests in business, arts, science and engineering. In short, they hope to breed a whole new class of modern Renaissance men and women. (All with no strings attached.) But the academy is not the last act for the dual impresarios. They are hoping soon to start up a Beats music streaming business with Trent Reznor, the genius behind the celebrated alternative band Nine Inch Nails, as chief creative officer.

Many high-tech companies were founded by college dropouts; Facebook’s Mark Zuckerberg and Microsoft’s Bill Gates, as examples, never completed their studies at the iconic Harvard University. No matter how vaunted its reputation, a traditional academic program is often too structured for the most innovative thinkers, who often make end-runs around the formulas established for relatively moderate success. But the powers-that-be at USC are betting that the new arts and science academy can craft a curriculum to help students muscle into the folklore of self-made, and sometimes über-wealthy, inventors. USC President C. L. “Max” Nikias has said as much, stating that, “The vision and generosity of Jimmy Iovine and Andre Young will profoundly influence the way all of us perceive and experience artistic media.” President Nikias is not shy about his school’s ambitions, continuing to say that, “Our goal is to ensure that the academy is the most collaborative educational program in the world.”

The first class of 25 students will matriculate in the Iovine and Young Academy in fall 2014. And the world is waiting.—Louis Altman