“Driving While Black” App Emerges to Educate Public on Rights 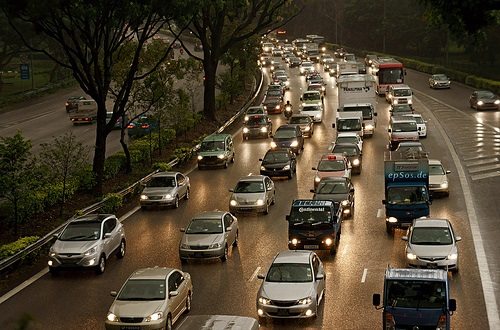 Two Portland lawyers have put their heads together to create Driving While Black, a topical and timely app for educating citizens of their rights when they are stopped by a police officer.

While the name plays on what is a reality for many black Americans—being racially profiled by law enforcement—the founders, Melvin Oden-Orr and Mariann Hyland, say the app will be useful for all races and ages by providing valuable information about the civil rights citizens have during traffic stops. Together with software developer James Pritchett, the three-person team is readying the app to be released later this month.

Inspired by an app for individuals who are pulled over for driving under the influence, Driving While Black will also allow the user to record the interaction with the officer and provide users a directory of lawyers in the area. (The article presumes the individual would be using the app on a hands-free device. “Do not reach for your phone when you are talking to police,” stresses Oden-Orr.) The user would also be able to notify friends and family that he or she has been pulled over.

Driving While Black covers similar territory as other downloadable apps that have emerged as the issues of police accountability and oversight have become a national discussion following the non-indictments the cases of Michael Brown in Ferguson, Missouri, and Eric Garner in New York City, among other factors. This past summer, three teenagers in Georgia released Five-O, an app that allows users to rate their interactions with law enforcement. In November, the American Civil Liberties Union sponsored an app, Mobile Justice, which allows users in Oregon, Missouri, Mississippi, and Nebraska to videotape police and send the recording to the nonprofit to be analyzed for any due process violations. The ACLU’s app is based on Stop and Frisk Watch, an app created two years ago by the New York Civil Liberties Union.

Along with the eruptions of protest across the country following the two non-indictments, there was a visible increase in citizen activists and journalists taking it upon themselves to hold police officers accountable when the courts would not. Eric Garner’s case itself included several videos shot by multiple people showing police officer Daniel Pantaleo using what has been termed a “chokehold,” banned by the New York Police Department.

Hyland hopes that this app will help prevent similar future fatal exchanges with the police, which can occur when emotions are heightened and escalate unnecessarily. As seen during the national #EnoughIsEnough protests from the last few months, activists, some raw and embittered, are injecting their own personal and emotional experiences into the protests. Therefore, being pulled over or questioned by a police officer may release these suppressed tensions and create a situation more difficult than is necessary, both due to the actions on the part of the citizen and overzealous police officers. This effort requires both police officers and citizens to conduct themselves appropriately and work together to prevent the situation from getting out of hand.

“[Citizens] describe a pattern of getting pulled over by the police, and they find it to be very frustrating and sometimes that frustration can lead to anger,” Hyland said. “You have to always be mindful to check the anger.”

While it’s uncertain what would help alleviate these long-held tensions, perhaps helping provide citizens with information about legal parameters during interactions with police might help reduce incidences of shootings.—Shafaq Hasan