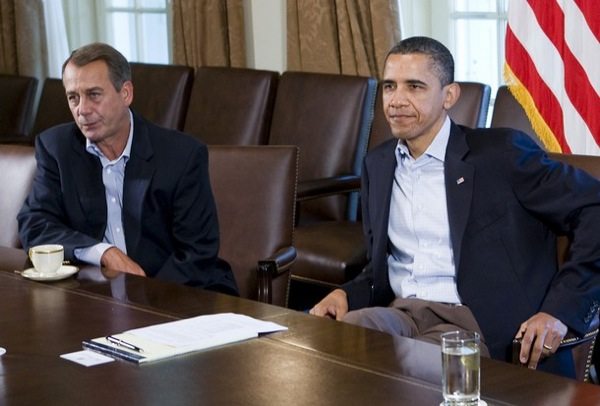 It’s appropriations season, when Congress funds federal agencies—including those important to the nonprofit sector—for the coming fiscal year which actually starts, in theory, a couple of weeks from now. Are the Congressional deliberations on FY2012 spending really important, or is this all a charade? After all, these appropriations decisions can be undone when the Super Committee makes its recommendations for north of a trillion dollars in cuts over 10 years.

Nonprofit leaders cannot be faulted for wondering what exactly to do. In the spring, the President’s FY2012 budget proposal lasted only a few milliseconds on Capitol Hill before being voted down in the House, after which the House passed the budget introduced by Paul Ryan (R-WI). Of course, Ryan’s budget shows little signs of life because it voucherized Medicare, which polled terribly and led to a Democratic pickup in a special election in Jack Kemp’s old district near Buffalo, New York.

So we are left with trying to peek at the deliberations of House and Senate appropriators to uncover signs of the “brave new world” of federal budget spending cutbacks that nonprofits will confront in the months ahead. Here are some appropriations vignettes that signal hard times ahead for critically important social policies and for the nonprofits most closely associated with their design and delivery.

Money for Places to Live

In case people think the foreclosure crisis is over, here’s a news flash: it’s not. But in April, as Congress got around to playing with the elements of the FY2011 budget more than a half a year late, Congress wiped out the entirety of the appropriation for housing counseling services provided by the Department of Housing and Urban Development (HUD). To keep some counseling services in operations, HUD found $10 million in unspent dollars that it decided to use for counseling.

The continued elimination of housing counseling money is part of a larger set of cuts to the HUD budget, which has seen its total appropriation drop from over $40 billion in the approved FY2011 budget to $38.1 billion in FY2012 budget. Among the programs eliminated from the HUD budget are green building programs and sustainable communities efforts.

Unlike housing counseling and some other programs, however, not every element of the HUD budget took a hit. Funding for senior citizen housing (the Section 202 and Section 811 programs) was approved for a 50-percent increase to $600 million. Can anyone say “politics” in the run-up to an election year? Seniors vote.

But the Pentagon and its Senate supporters pulled a fast one to hide some funding from the American taxpayer. Among the Senate-approved cuts were $3.3 billion from 22 different procurement programs, but 90 percent of those expenditures were moved off-budget to supplemental war accounts—funds held for use in Iraq and Afghanistan, but not used because of the troop drawdown. Similarly, other Pentagon expense items, ostensibly cut, were moved to these war accounts. (Unfortunately, HUD doesn’t have any overseas military-adventure accounts with which to camouflage its planned discretionary expenditures.)

Although slated for significant future cuts, which both House Republicans and the Obama White House have predicated on the end of U.S. military engagement in Iraq and Afghanistan, the Department of Defense stands in much better budgetary shape than do the nation’s diplomatic resources, particularly the “soft power” tools of humanitarian and development assistance through USAID that Secretary of State Hillary Clinton has touted as a necessary complement, at a minimum, to maintaining the nation’s military prowess. In the deficit-cutting budget deal reached earlier this year, the Department of State lost $8 billion, a good chunk of which came from cuts to USAID programs.

For FY2012, House Republicans have called for lopping an additional $8.6 billion from the State Department. The cost of development aid isn’t more than a rounding error in the Pentagon budget, but House Republicans have generally expressed underwhelming support for anything that looks like foreign aid or that doesn’t clearly m