It would be an enormous challenge to figure out what people suffer and die from in every part of the world. But Christopher Murray decided he would try.

The Rhodes Scholar and Harvard-trained doctor led a 20-year effort involving hundreds of scientists and $100 million. Murray believed concrete data from his initiative would help donors better channel their aid dollars, and thus improve global health. But controversy sparked among some aid groups and institutions like the World Health Organization when the Global Burden of Disease findings were released. 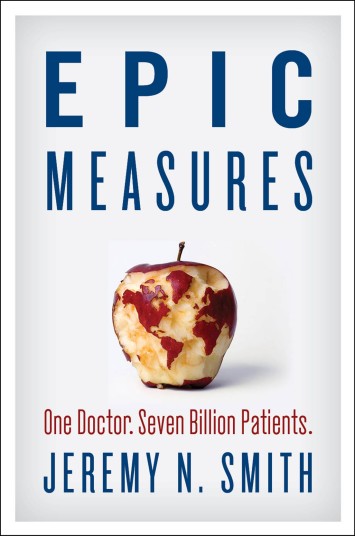 In an interview with Tiny Spark, Smith describes the challenges Murray’s team faced trying to tabulate global deaths. He says most people around the world don’t have death records. “If we don’t know what people are dying from, how do we save lives? Essentially what [Murray] found is it’s all a guess. And when he tried to fill in the numbers more reliably, he found that they contradicted basically all the figures produced by all the advocacy groups,” Smith says.

Take maternal mortality figures. For decades, it was said that 500,000 women died each year during childbirth. But the Global Burden of Disease concluded that one-third fewer women were dying. “The initial response from some advocates for mothers was panic,” Smith says. “They felt that this meant they would have a third less funding. There is this scarcity mentality that advocacy groups are competing with one another.”

At one point, Smith says the World Health Organization decided that Murray’s work was “too controversial” and expensive to continue. So the Global Burden of Disease no longer had an institutional home. Microsoft founder Bill Gates stepped in and gave Murray more than $100 million to revive the work. Smith explains that the philanthropist was partly motivated by self-interest: “If Gates is going to give away billions of dollars a year, and he has no way of knowing what’s working without the Global Burden of Disease study, that’s a big problem for him.”

Smith’s book details how a lack of data produces both shortfalls and excesses in global health spending. For example, he says that HIV/AIDS has received about a quarter of all international health funding, but Murray’s study estimates that it produces just three percent of deaths in the developing world. Meanwhile, chronic diseases like diabetes, heart disease and stroke account for more than 60 percent of deaths in developing nations but get less than two percent of global health aid money, Smith explains.

Another revelation from Murray’s work is what it reveals about the Millennium Development Goals. Smith says the MDGs are important but incomplete, and fail to address 70 percent of the Global Burden of Disease. “We’ve succeeded in making a lot of progress against HIV, against malaria, against child mortality. And that means that children aren’t dying before their fifth birthday. That’s wonderful but that means that they’re susceptible to all these other causes of death.”

Smith calls Epic Measures a mystery, adventure and thriller. “The mystery is what do people really die from and what really makes them sick? The adventure is how do you find the answers to that, how do you pull together an international team around the world to get the answers? And the thriller is once you get those answers, how do you get people in power to listen?”

WIRED: One Doctor’s Quest to Save the World with Data

The Atlantic: Mystery Killers: The unknown causes of mortality around the globe