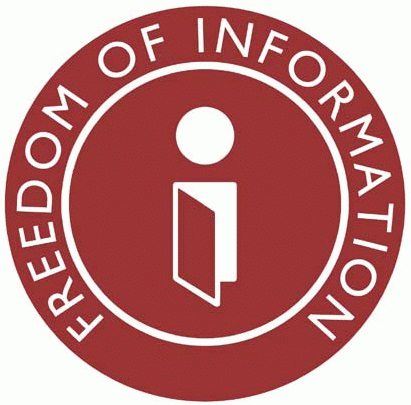 In the legislative panic as the previous Congress ran to the finish line of passing or blocking legislation, one legislative priority that had bipartisan support was left on the sidelines. The bill was to toughen the Freedom of Information Act (FOIA) by compelling federal agencies to follow a “presumption of openness” when responding to FOIA requests. The bill would have also reined in the frequent use of FOIA exemptions by some agencies and created an online portal for FOIA requests.

The FOIA Improvement Act is back again, introduced by John Cornyn (R-TX) and Patrick Leahy (D-VT) in the Senate and Darrell Issa (R-CA) and Elijah Cummings (D-MD) in the House. Government Executive reports that the new chairman of the Senate Judiciary Committee, Senator Chuck Grassley (R-IA), has placed the bill on the committee’s calendar, signaling his endorsement. Anyone who knows Grassley’s history would have expected that. Whether one agrees or disagrees with Grassley’s Republican policy positions, he has been committed to government accountability and transparency throughout his Senate career. During his time as chair of the Senate Finance Committee, the “Grassley letters” that he and the committee would send to elicit information from federal agencies—and from dubious nonprofits and televangelists—were a joy to behold, in part because you could imagine their recipients squirming with every paragraph.

“The government ought to be accountable to the people, and transparency yields accountability,” Grassley explained in Government Executive. “Unfortunately, federal agencies continue to find creative ways to avoid the level of transparency that FOIA was designed to foster. This bill takes an important step to stop agencies from hiding behind an exemption solely to protect their public image.”

Why would Congress ever have stalled this legislation last year? Apparently, Senator Jay Rockefeller (D-WV) put a temporary hold on the bill in the upper chamber because of the fears of some agencies that the legislation would require them to reveal guidelines on various enforcement actions. Politico suggests that House opposition might have been related to the concerns of banks that strengthened FOIA rules would lead to the disclosure of sensitive information about financial institutions.

Now, nothing really stands in the bill’s way. “I think it’s going to be easy,” Danielle Brian, executive director of the nonprofit Project on Government Oversight, told the Washington Post. “There’s no sensible argument against it.” Famous last words, but in this case, even Issa and Cummings, dedicated opponents who have fought tooth and nail over nearly everything for the last few years during Issa’s chairmanship of the House Committee on Oversight and Government, both agree that the time has come for strengthening FOIA.

The reality is that for whatever good this bill might accomplish in forcing federal agencies to come up with more robust reasons for their unwillingness to comply with FOIA requests, a stronger commitment to transparency and accountability is needed at all levels of government. Last year, for example, the Tennessee Valley Authority refused to disclose information about public subsidies it had given to an auto parts manufacturer. In South Carolina, a state legislator is pressing for legislation that would get public bodies to disclose their meeting agendas in some detail, since those agendas might be the cues that tell citizens when they might want to weigh in on issues of concern. Michigan’s Governor Rick Snyder just signed House Bill 4001, making significant changes in that state’s FOIA law geared to making FOIA requests easier and exacting stronger penalties against agencies that don’t comply. A Georgia legislator has pre-filed FOIA bills that will strengthen the state’s transparency rules including eliminating the “legislative exemption” so that FOIA would apply to legislators (the federal law, for example, doesn’t cover Congress).

Cornyn, Leahy, Issa, and Cummings wouldn’t be singing kumbaya on FOIA amendments were it not for the persistent advocacy of groups such as the Project on Government Oversight. As nonprofits, we can all do much more to advocate for transparency and disclosure by modeling those principles in our own behavior and not hiding behind 501(c)(3) confidentiality rules even when public disclosure is obviously warranted.—Rick Cohen