Eisenberg: Why Doesn’t Gates Fund Healthcare in the US? 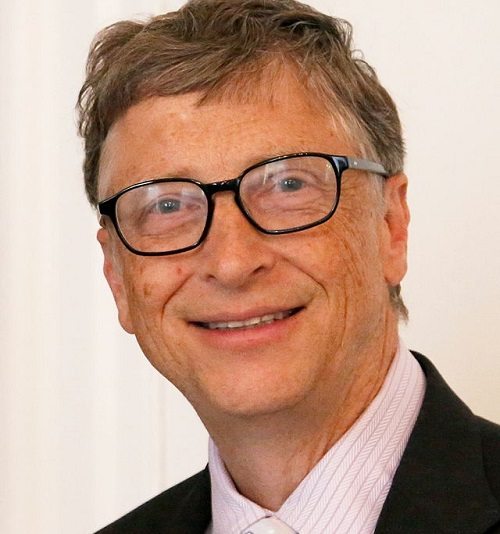 In “Bill and Melinda Gates Should Focus on Fixing America’s Health-Care Problem,” Pablo Eisenberg wonders why the Gates Foundation is beset by this giant blind spot so close to home: With its super-sized endowment and its stellar effectiveness moving the marker of global health forward elsewhere, why doesn’t Gates apply the same weight and institutional expertise to ameliorate significant health problems in America?

Eisenberg is a senior fellow at the Center for Public and Nonprofit Leadership at the Georgetown Public Policy Institute and is a credible voice for advocating improved health care in the United States. In his article, he cogently distills the fundamental stressors effecting millions of Americans who lack access to proper medical care in our “shaky health system”: healthcare costs beyond the reach of millions of our poor and the concomitant failure of 25 states, some the most desperate for healthcare within our borders, to seize the opportunity to expand Medicaid with the massive support of the federal government under the Affordable Care Act.

Eisenberg, of course, rules out lack of funds as the reason for the Foundation’s intransigency, citing the small and nimble Health Wagon as making a big difference with effective treatment and medicine in the “hollows and blighted areas” of poverty-stricken Appalachia with a wagon (actually a bus) and two intrepid nurses. A small platoon of donors and volunteers is all that has been needed to keep it going, he notes. Eisenberg offers the GF easy solutions to go national with similar initiatives. He suggests simply replicating the Health Wagon model in other starkly underserved pockets of America and a time-limited venture, not unlike a intra-national Peace Corps, that would funnel young and big-hearted medical professionals “for service for three or so years in parts of the country that lack sufficient medical service.” He notes the latter has been done before and, despite its effectiveness, was the victim of Robespierre-like budget cuts.

Eisenberg puts forth these elegant and easy solutions, and, since it would be incredible that the Gates Foundation hadn’t already mulled them over, he is more at a loss trying to explain why the GF has not implemented them, rather than the how. He discusses the Foundation’s nearly quarter-billion dollar promotion of the Common Core standards at home and asks why this financial focus has not yet been directed towards the real need for healthcare that could change the “Millions of lives [that] are stake.” Without anything but this circumstantial failure to finance American healthcare, Eisenberg posits warped priorities on the Foundation’s part:

“Are its more than 1,200 staff members too busy to pay attention to health problems at home? Does the foundation think the large global issues are so important, it is acceptable to ignore the plight of poor people suffering from a dysfunctional health system in America?”

Something else may be rotten in Denmark. Perhaps the GF’s large footprint would be a political liability in the healthcare arena, as it is such a starkly partisan hot coal in Congress, so unlike Common Core promotion (which Eisenberg notes is, itself, being dialed back under public heat), policy intervention on healthcare issues in the public arena would put the Foundation, the Gates family personally, and perhaps even the nonpartisan Microsoft in the crosshairs of some public relations nightmares at short range. Or, channeling the language of Thomas Friedman of the New York Times, perhaps the Foundation, by only funding healthcare programs outside our borders, is flattening the grossly disparate state of medical care in our world.

Equally plausible is a determination for some reason by the Gates Foundation that their rate of return, however they personally or institutionally measure that, would be much lower or none at all if they would drop a cool quarter-billion on the Health Wagon or other in-house models of healthcare initiatives. Something is going on for sure, and Eisenberg is doing great service by drawing attention; the Gateses, presumably, continue to hover around this sick elephant in the room in the land of gold and honey, and the question is, what will it take to unleash their bucket of change on the scourge of unaffordable healthcare here at home?—Louis Altman