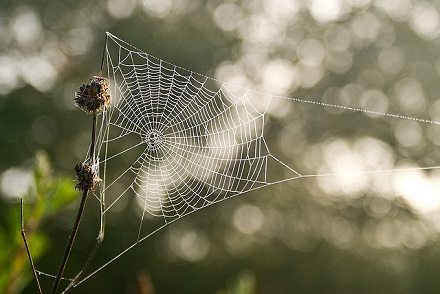 What happened to the state budget crisis? Last year, it was the raging headline in nonprofit circles. While the federal budget might have been stuck in the muck and mire that characterizes Washington politics at the moment (go ask Olympia Snowe), the nonprofit focus was on the tanking of state budgets riddled with gaping holes. With states caught between mandated expenditures such as public employee pensions and Medicaid on one side and the requirement to balance their budgets on the other, nonprofits feared the worst and they experienced much of what they feared—scimitar slashes in human services, housing, community development, and the arts, the discretionary programs that are the bread and butter of nonprofit service missions.

Not only were states gouging programs, they were playing games with nonprofits by delaying contract payments and expenditure reimbursements, delaying contracts themselves, modifying contract terms midstream, reducing reimbursements, and cutting (or keeping for themselves) administrative overhead on federal pass-through grants. All of this was documented in reports from the National Council of Nonprofits and the Urban Institute.

Now, the news is that the Great Recession is somehow over, so long as no one asks the millions of Americans who have dropped out of the labor force or the scads of 99-ers (the unemployed who have used up all 99 weeks of their extended unemployment benefits). Presumably, with job creation and increased business profits (the latter having been present throughout the recession in some sectors, such as the restructured Wall Street banks), revenues have started to inch upward. That should mean nonprofits can take deep breaths of relief that the worst of the storm is over, the seas are calming, and smoother sailing is ahead. Right?

Here’s the truth in three acts:

First, the devastating cuts that state budgets endured during the past couple of years won’t be undone by the economy’s small uptick occurring now. It is going to take a long time. These are structural problems in state budgets, not simply momentary nadirs caused by a devastating economic plunge. For many states, the roots of their budget problems preceded the recession, as governors and state legislatures found themselves increasingly likely to miss deadlines for passing budgets, leading to stopgap actions and the increasing use of budget gimmicks.

Second, if you think the past couple of years of state budget problems were bad, imagine how much worse they would have been without the capital infusions from the stimulus, the American Recovery and Reinvestment Act (ARRA), combined with any number of one-time budget gimmicks. The expiration of the fiscal relief provisions of the stimulus and the inability to reuse fiscal gimmicks (such as Arizona’s plan to sell its statehouse or California pushing its June payroll to July in order to move the paychecks into the next fiscal year) means unavoidable future budget difficulties.

And third, nonprofits have carried out all-but-unavoidable program and service retrenchments over time and are now facing additional cuts in their programs and services. The focus on big colleges and universities fending off payments in lieu of taxes (PILOTs) and on big charities fighting against changes in the federal charitable deduction has led to a lower level of attention on the cascading impacts of state program funding cutbacks that have chopped holes in the safety net for the poor, the elderly, and the disabled.

Unless nonprofits were all crying wolf, the problems of the past few years were real and, if there’s truth in budget crisis advertising, they should still be real for states’ FY2011 and FY2012 budget scenarios. Here’s what we know:

According to the Center for Budget and Policy Priorities (CBPP), for Fiscal Year 2011, only Wyoming, Arkansas, North Dakota, Montana, Delaware, Alaska, and West Virginia were lucky enough to have reported no budget holes to be filled. That means that budget shortfalls still plagued nearly every state, and the holes were gaping. States whose FY2011 deficits were 20 percent or more of their projected general fund expenditures were California, Nevada, Oregon, Texas, Minnesota, and New Jersey. Ranking with deficits between 10 and 20 percent of general fund expenditures were Illinois, Wisconsin, Ohio, Florida, Arizona, Louisiana, Mississippi, Washington, South Carolina, North Carolina, Virginia, Pennsylvania, New York, New Hampshire, Vermont, Maine, and Connecticut. The main problem behind the state’s budget deficits, now that ARRA infusions have trickled, is low levels of tax revenues, though increasing state Medicaid expenditures are also a major problem.

Aiming to find ways of showing a zero deficit in their final budgets, states have cut public services. Twenty-nine states have cut programs serving the elderly and the disabled, 31 have cut health programs, and 34 have cut K-12 education funding.

CBPP estimated over $100 billion in state deficits for FY2012 and predicts $47 billion in FY2013 deficits. One reason for 2012’s difficulties might have been the ARRA shortfall. ARRA provided $31 billion in state fiscal relief in FY2009 (mostly in education and Medicaid assistance), $68 billion in 2010, and $59 billion in 2011, but that number fell to just $6 billion in FY2012. In fact, the only reason that $6 billion exists at all is because Congress extended some ARRA program provisions or provided fiscal assistance in other programs, such as $25 billion in last August’s jobs bill. Even after filling the budget holes, midyear FY2012 deficits opened up in 10 states.

Is this old news? Is the proliferation of state budget crises simply more of the same, not “new” enough to inspire the kind of nonprofit outrage and mobilization that occurred in 2010 when national nonprofit infrastructure organizations issued dire warnings about gashes in the safety net due to budget deficits? Or has the impending national election and the traveling roadshow of Republican primary contests simply squeezed out and supplanted the state budget crisis in the public’s—and the nonprofit sector’s—consciousness?

If the prevailing sentiment is now, “Don’t bring me no more bad news,” we will violate that norm and cite examples that should get public opinion boiling about what might happen to the programs and services typically delivered by nonprofits utilizing and leveraging the state government nickel.

Let’s start in Arizona, where Democrats have issued a budget proposal to counter the program cuts of the Republican governor and legislature. The Democrats’ budget includes increases for K-12 school equipment and maintenance, increases in payments the state makes to health care providers for seeing Medicaid patients, and the restoration of the KidsCare program of health insurance for children in low income families. Meanwhile, the Republican budget focuses on building new prisons and buying back public buildings that were sold and draws on the state’s “rainy day fund” to lower the deficit. If the rainy day fund is to be tapped, say Democratic legislatures, it should be to make up for past cuts in public services. That’s unlikely to happen.

In order to save money for some 5,000 disabled and elderly persons that the state wants to move out of nursing homes, Connecticut is trying to find ways of cutting back on nurses sent to the home-bound to administer prescription drugs. It costs the state $54 per home visit for a nurse, a more expensive option than for a trained home health care aide. For some patients, it makes sense for nurses to come. In other instances where a home health aide might be likely to spend more time with the patient, the outcomes might even be better. But the state is being driven by cost and budget issues, which could undermine considerations of quality of care.

The unemployment rate in Florida is still a nosebleed level 9.6 percent, but that hasn’t stopped the legislature from focusing on issues that won’t help anyone. The state just enacted a high profile law prohibiting state and local governments from doing business with companies that do business in Cuba or Syria. A state legislator is vowing to press ahead with his effort to get Florida to enact an anti-Shariah law. Somehow, the state’s troubling employment and housing conditions don’t factor in.

Kansas Gov. Sam Brownback and Republican state legislators have proposed a budget that cuts spending by about 4 percent in a state that hasn’t been a big spender to begin with. The key area of cuts is funding for K-12 education, particularly $29 million for the state’s 286 school districts, forcing the school districts to adjust to higher costs within limited revenues and to dip into reserve funds that they accumulate for bond payments, health coverage, and special ed costs. As a result, per-pupil funding will actually be cut by 6 percent, compared to the overall budget reduction of 4 percent. The state’s kids are being asked to sacrifice the most

In Louisiana, Gov. Bobby Jindal is proposing to sharply increase the issuance of private school vouchers, except that in Jindal’s case, the vouchers would be state funded, drawing on the limited resources of Louisiana’s deficit-plagued budget. This is sort of the reverse of the situation playing out in other states. Jindal would give public funds to private schools with minimal public sector accountability, earning his plan an “F” in accountability from the Louisiana Budget Project.

Maine doesn’t hit the state fiscal crisis headlines much, but given the budget being crafted by the state’s Tea Party-leaning Gov. Paul LePage, it should. LePage’s new supplemental budget would give tax breaks for certain businesses while cutting general assistance reimbursements for Maine’s “service center communities” of Bangor, Portland, and Lewiston. It also includes a complete cessation of government funding for the Maine Public Broadcasting Network. In removing the $1.7 million in state aid for public radio and television, the governor argues that advertising, not taxpayers, should foot the bill. The supplemental budget also calls for $220 million in cuts for the state’s Department of Health and Human Services over an 18-month period, but a legislative committee had to cancel its scheduled budget meeting because the governor failed to provide enough information to the committee to sustain a hearing.

In Texas, the latest budget retrenchment has been the elimination of a $20 million program for homeless services plus additional programs in street outreach and rental assistance. The consequences are real. For example, in Fort Worth, the Salvation Army reduced the number of caseworkers at an emergency center it operates from four to one, which led to a reduction of client assessments in the first quarter of the year from 1,400 to 500.

No Time to Relax

We are all one system in the end. A nonprofit that isn’t connected to public radio in Maine or homeless service providers in Texas might breathe a sigh of relief that it wasn’t hit by those proposed or actual cuts, but the sigh of relief can only last so long. The pressures on state budgets are only increasing, notwithstanding their momentary invisibility on the national stage. A squeeze that hits one nonprofit subsector gets felt elsewhere throughout the system as the budget cuts eventually hit everyone with reduced reimbursements, delayed contract payments, or specific program cuts in other areas as well—in your nonprofit’s budget arena. The economy may be on the upswing in general and perhaps for some populations, but the beneficial effects of an economic recovery may not be felt in some state budgets and some nonprofit coffers for some time to come.

China’s National Sword: A Reset for Recycling and an Opportunity for Nonprofits