Emergency Funding in the Time of Trump 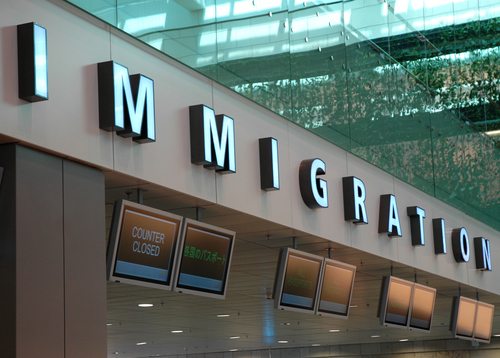 Could emergency funding help more undocumented immigrants detained under the Trump administration access legal representation? New York nonprofits are banking on it, following in the footsteps of San Francisco’s top foundations in setting up special grants to assist those targeted by the president’s executive orders and newly emboldened immigration agents.

With U.S. Immigration and Customs Enforcement (ICE) detentions roiling the country, as NPQ has covered, resistance efforts have forced local government, law enforcement agencies, and nonprofits to closely collaborate—particularly in the country’s 106 sanctuary cities where $27 billion in federal funding would be withdrawn under President Trump’s three immigration-related executive orders. Forbes, which mapped the money here, noted, “The threat of losing nearly $27 billion in federal funding seems to be having an effect on some cities. In fact, Miami already reversed their sanctuary city policy.”

Other city governments, like that in Seattle, are continuing to fight; earlier this month, King County leaders announced plans to allocate $750,000 help immigrants become U.S. citizens, fight deportation, and educate them about their rights.

The San Francisco Foundation set the post-election tone for the philanthropic sector, creating the Rapid Response Fund in late 2016 to quickly “deploy resources in response to either unanticipated opportunities or challenges around racial and economic equity” with small, one-time grants of $3,000 to $15,000 within 30 days of a nonprofit’s request. The Foundation reported two weeks ago on the results so far: 24 grants were made, totaling $267,000, out of $1.1 million in requested funds from 81 proposals.

The majority of these grants aligned with our stance and been in support of immigrants’ rights through advocacy, education and access to legal services. Another focus has been protecting civil right and guarding against the increases in bullying and harassment of Arab, Middle Eastern, Muslim and South Asian communities.

Meanwhile, back in New York, the Brooklyn Community Foundation said it’s “addressing the needs of borough’s immigrant-rich population, which is nearly 40 percent foreign-born. Many are from Mexico as well as Arab-Muslim countries.”

“We have an obligation to bring humanitarian response and human response to all Brooklynites, whether or not they have correct documentation or papers,” Brooklyn Community Foundation president Cecilia Clarke told the Post. “There’s a very significant undocumented population. People fear their families will be divided.”

Despite the sense of urgency, let’s remember that for immigrants lacking legal status and those who work to protect them, a climate of fear isn’t a new reality. Back in 2014, L.A. nonprofits were forming emergency funds to respond to the influx of migrant children across the country’s southern border. But, as nonprofit blogger Vu Lee wrote recently, there’s never been a better time for foundations to open their pocketbooks to protect their marginalized communities:

When our communities are hurting, the right response from foundations is not to hunker down and save for a rainy day. It has been raining on many people, and now a monsoon is coming. The 5 percent annual payout rate required by law is the floor for foundations, not the ceiling. If there was ever a time to increase it, it’s now.