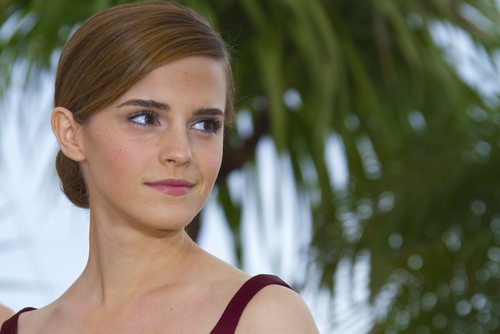 This past Saturday, Emma Watson delivered a powerful speech to the United Nations confronting the issue of gender inequity and a world that is still willfully complicit in discrimination. The speech comes in the midst of the NFL domestic violence scandals and President Barack Obama’s “It’s On Us” campaign, which NPQ readers may also be following.

As a goodwill ambassador for UN Women, Watson launched the HeForShe campaign at the UN summit in a speech geared toward dispelling misconceptions about feminism and engaging men to recognize how detrimental gender discrimination can be not only to women, but to men as well.

The message comes at an auspicious time, just a day after the Obama administration initiated the “It’s On Us” campaign against sexual assault on college campuses. It, too, targets men and encourages them to avoid the pitfalls of the bystander effect. Efforts by nonprofits such as Men Can Stop Rape have already been underway to create allies in men to speak up when a friend is trying to take advantage of an intoxicated woman and stop gender-bashing comments.

In our modern world today, not only do women contend with emotional, physical, and mental abuse, but they are now also made to bear digital abuse as well. Take the world’s reactions to the recent nude photograph hacking scandal involving several female celebrities, like Jennifer Lawrence and, most recently, Rihanna and Kim Kardashian, among others. There was much discussion in the media of how women are sexualized in ways where men would absolutely not receive the same treatment. Others went on to blame the women for taking the private pictures in the first place.

In truth, the heart of this abuse is gender discrimination, because the media would not react in the same manner if a male celebrity’s privacy were violated, as some have already noted. When Dylan Sprouse’s nude photos surfaced, the outrage was directed at his being a former star on the Disney Channel, rather than that he posed for the picture for an ex-girlfriend. Prince Harry’s photos from Las Vegas two years ago were quickly laughed off as a royal joke.

However, as Watson observed, we must be very careful that our discussions of violence against women do not devolve into “man-hating” and that we are cognizant of the related problems faced by men:

“Men, I would like to give this opportunity to extend your formal invitation. Gender equality is your issue, too. Because to date, I’ve seen my father’s role as a parent being valued less by society…. I’ve seen young men suffering from mental illness, unable to ask for help for fear it would make them less of a man. In fact, in the UK, suicide is the biggest killer of men between 20 to 49, eclipsing road accidents, cancer and heart disease. I’ve seen men fragile and insecure by what constitutes male success. Men don’t have the benefits of equality, either.”

Rather, the important (and perhaps game-changing) takeaway from Watson’s speech, the recent happenings in the NFL, the celebrity photo scandal and the White House campaign, is that gender discrimination is a losing war for both women and men. Finding equal footing among genders is going to take a combined effort and, as noted by Watson, the HeForShe campaign is such a collaboration.—Shafaq Hasan