Legislation that would open the records of the University of Connecticut Foundation to the public was met last Thursday with opposition by foundation representatives. The foundation is a private nonprofit that fundraises for a public university, and the legislation would have it be subject to Freedom of Information Act requests. Foundation representatives assert that even if donors’ names were excluded, the move would impede their very successful fundraising.

This is one of a number of bills introduced this year that would require transparency of expenditures by all higher-education foundations—perhaps sparked, at least in part, by public scrutiny of the UConn Foundation last year for controversial expenses, including a $251,250 lecture fee to Hillary Clinton and a decision to contribute $300,000 toward an increase in UConn President Susan Herbst’s compensation.

One donor, who is also a member of the foundation board, said that legislation making the foundation subject to the state Freedom of Information Act “will most definitely have a chilling effect on the philanthropy that is essential to building and maintaining a top-notch flagship university”:

“As someone who has given significantly to UConn for more than a decade, I can attest to the fact that treating the foundation like a state agency will deter people like me from giving. Even if that is not your intention, I can assure you that it will be perceived very negatively by the very people you want and need to support this great institution.”

It remains unclear how making the foundation be clear about its expenditures would deter funding, but the committee is here reported to be sympathetic to the arguments. One member of the committee, Rep. Gregg Haddad, commented:

“As we see an increasing use of the foundation to fund the university… I think we need to be very, very cautious moving forward with any bill that would significantly alter the way we deal with the foundation. […] I think making a change at this point would be unwarranted.”

According to Josh Newton, the president of the foundation, contributions to the foundation over the last year increased to more than $81 million, 28.1 percent over the preceding year, and he said that any change to the rules could have a deleterious effect because—confoundingly—“donors want their gifts to be additive, and if they have reason to fear the state will play a zero-sum game with their donations, they will stop giving.”

On the other hand, the co-chair of the committee, Roberta Willis, disagrees with the position taken by the foundation, saying that it meets the definition of a “functional equivalent of a public agency” and should be subject to the Freedom of Information Act. She called the foundation’s testimony “a good scare tactic.”

James H. Smith, president of the Connecticut Council on Freedom of Information, testified in favor of the legislation. “The public deserves detailed information so it can judge whether the foundation has invested well, allocated resources wisely and fairly, and transacted business prudently, efficiently and without impropriety,” Smith said. “Just as we prefer that political donations not be secret, we prefer that donations to the foundation not be secret.”—Ruth McCambridge 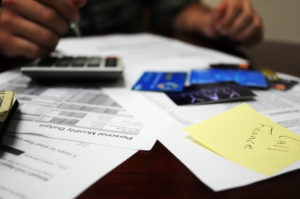 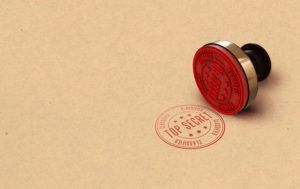