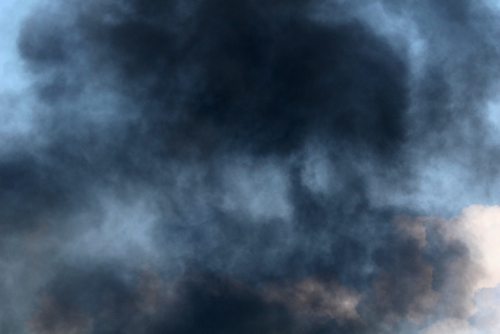 On Friday, the Environmental Protection Agency (EPA) announced new rules that will place a more restrictive limit on the amount of soot that businesses and others can release into the air. Particle pollution will need to be capped at 12 micrograms per cubic meter of air by 2020; the old standard, established in 1997, was 15 micrograms. The rule is based on the EPA’s science advisory panel recommendation that, for the sake of public health, particle pollution should not exceed 13 micrograms per cubic meter. Spokespersons for the utilities industry have asked for a delay, saying the new rule would cost too much and is based on inadequate science. According to the New York Times, utilities advocates say the new standard will “push many communities into noncompliance, making it more difficult to obtain permits for new businesses that create jobs.”

But nonprofit environmental advocates praised the EPA’s decision. Vickie Patton, general counsel of the Environmental Defense Fund, said, “While the health benefits are extensive, opponents of common-sense pollution standards are repeating false time-worn claims that clean air is too costly.” In a blog posting for the National Resources Defense Council, Frances Beinecke writes, in part:

“…[The EPA’s] updated soot standards…will lower our exposure to this dangerous air pollution, save thousands of lives, and avoid many thousands of asthma attacks, heart attacks, and strokes every year. That means all our family members who are vulnerable to these health problems now have an extra layer of protection from dirty polluters. And it means people living in Los Angeles, Chicago, Cleveland, Atlanta, New York, and the other top 10 metropolitan areas identified by the American Lung Association stand to benefit the most.”

Beinecke cites polling research from Greenberg Quinlan Rosner Research, conducted for the American Lung Association, that found a 2-1 showing of support for lower limits on soot with approval that “crosses party, racial, gender, and geographic lines.” The American Lung Association’s chief medical officer, Dr. Norman H. Edelman, was quoted in a statement as saying, “By setting a more protective standard, the EPA is stating that we as a nation must protect the health of the public by cleaning up even more of this lethal pollutant.” Other nonprofit voices from the field of medicine have chimed in to show their support of more stringent soot regulations, including the American Academy of Pediatrics, the American Thoracic Society, the American Health Association and the National Association of County and City Health Officials.

The U.S. Centers for Disease Control (CDC) reports that the number of people with asthma in the U.S. increased from 20.3 million in 2011 to 25.7 million in 2010. Many advocates think that less particle pollution in the air may have a positive impact on this and other respiratory ailments. That might help all of us breathe a little easier. –Mike Keefe-Feldman