Environmentalists and Agri-Businesses Square off in Everglades 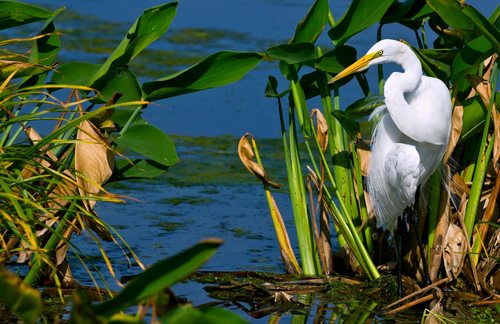 Florida environmentalists are squaring off with the administration of Florida’s Republican Gov. Rick Scott over agricultural activities in the Everglades. Since 1994, the state has leased public land in the Everglades to sugar and vegetable farmers. The Scott administration recently decided to extend that leasing practice for 30 years.

Unlike the Miami Herald report, which discusses “sugar and vegetable farmers,” the webpage of the Florida office of Earthjustice discusses “Big Sugar” and “corporate vegetable plantations.” The actual lease agreement allows A. Duda & Sons and Florida Crystals to have access to just under 14,000 acres in the Everglades.

Duda isn’t a small farmer but, as its website states, a family of companies conducting agricultural business operations on 90,000 acres in several states plus subsidiaries or related companies such as the Viera Company, which manages Duda’s non-agricultural land. That land includes the town of Viera, Fla., a master-planned community. Florida Crystals describes itself as the world’s largest sugar refiner. It operates in Florida, California, Louisiana, New York, Maryland, Canada, Mexico, England and Portugal and markets its products under well known names such as Domino, Jack Frost, and, of course, Florida Crystals.

The Earthjustice complaint contends that the run-off from the agricultural activities of Florida Crystals and Duda result in pollution discharges, such as excessive levels of phosphorus, that adversely impact the Everglades ecosystem. The Earthjustice website adds that the chemical discharges have led to “nuisance vegetation growth [that]…crowd[s] out native vegetation, destroying the base of the food chain.” According to Earthjustice lawyer David Guest, there are neither pollution discharge limits nor requirements for pollution clean-up attached to the leases.

Is this controversy a clash between the nonprofit sector’s commitment to public benefit and the Scott administration’s belief that private, corporate priorities lead to positive results for all? The question is fundamentally one of competing interpretations of what constitutes the public interest. Guest says that the lease decision “is obviously not in the public interest.” A representative of Florida Crystal told the Miami Herald that the lawsuit will simply “delay progress in the Everglades,” claiming that the firm’s “goal is Everglades restoration.”

We suspect that the Scott administration is counting on lease revenues, tax payments, and jobs from the Duda and Florida Crystals operations. If things turn sour along environmental lines, it will be the officials at the Florida Department of Environmental Protection (DEP) on the hook here. The Florida DEP delivered a statement to the Scott administration minimizing or rejecting concerns about environmental harm in relation to the leases. —Rick Cohen