Ethical Debate over Hunters Against Hunger in Montana 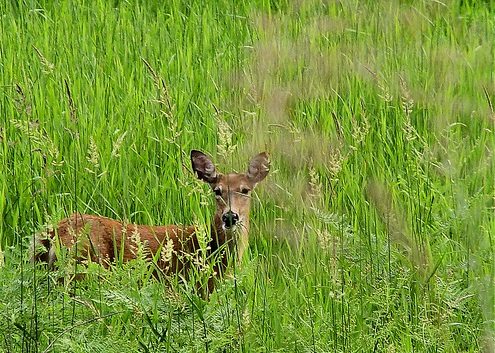 In its debut year, the Hunters Against Hunger program in Montana raised more than $77,000 through donations made when buying hunting licenses and generated more than 5,500 pounds of meat for local food shares this hunting season. The money is meant to offset the costs of processing the meat, which used to be borne by the hunters.

Hunger advocates appear to see the program as a win. “I would definitely call the first year a success,” said Jeff Gutierrez, executive director for the Montana Food Bank Network. “We’re still getting calls and I think it went great, especially for a first-year program.”

Helena Food Share’s executive director, Ann Waickman, agrees. “Game meat is something we’ve done for many years, and we have a great group of hunters in town that have been generous using their tags,” she said. “As food costs continue to rise, this program is truly helpful to the bottom line at Helena Food Share.”

Still, some worry that the program crosses ethical lines, suggesting that the program may lead to hunters shooting and donating animals they had no intention of eating, which is generally considered unethical. “We did support the bill, and I think it’s a good bill, and I’m hopeful that the majority of the use for the program is for confiscated animals,” said Nick Gevock, outreach director for the Montana Wildlife Federation. “If people want to donate, what I hope people don’t do is strictly go hunting and not have any intention of eating any of their own game.”

Jim Posewitz, secretary of Helena Hunters and Anglers and an authority on the ethics of hunting, has a different point of view. “The ethical line is the person that exercises this option to donate must look at their own set of assumptions before they go hunting,” he said. “If you hunted fair chase, ethically, and enjoyed the experience and on top of that you share it with the needy people of your community, then that’s one set of assumptions.”—Ruth McCambridge