Evangelicals Support Poor Abroad But Not in U.S., Critic Says 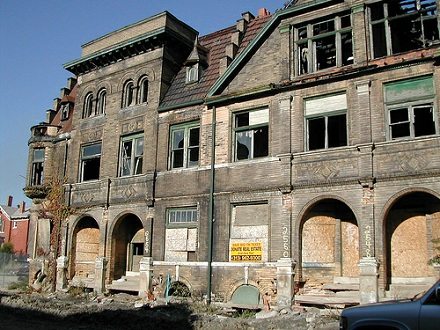 A graduate of Eastern Baptist Theological Seminary, Fred Clark is a former staff person with Evangelicals for Social Action. He describes its mission as “to get American evangelicals to share with and to advocate for the poor and the powerless.” Although Clark says he would routinely get negative reactions from evangelicals, he would point out that evangelicals did carry out social action as part of their missions, except that they were implementing this part of the evangelical mission overseas through missionaries.

He would point out that these missionaries weren’t just carrying out “rice-bowl” Christianity, providing food and assistance in order to evangelize, but “a great many of them are also doctors, nurses, teachers and agricultural scientists. They run schools, hospitals, clinics and co-ops. And while they may not emphasize this in their fundraising visits to supporting churches, most evangelical mission agencies have refined their missiology over the years and view this work of teaching, healing and feeding as an end in itself and not just a manipulative means or tool to some other purpose.”

Clark’s blog posting describes a U.S. nonprofit called Remote Area Medical (RAM) in southeastern Tennessee that provides care for uninsured Tennesseans. His summary of RAM makes it sound much like the evangelical-sponsored NGOs working in the developing world, except that RAM is in the U.S. and is secular in its origins. Addressing the problems of the uninsured, Clark points out that, “Most white evangelicals in America reflexively dislike the Affordable Care Act. They don’t know why, and can’t tell you why other than ‘SOCIALISM!!!’ or fear of contraceptive religious persecution or death panels or some other myth…White American evangelicals support health care for poor people overseas. And White American evangelicals adamantly oppose health care for poor people here in America.”

We wish, based on his longtime experience in the evangelical world, that Clark had tried to explain why evangelicals make this water’s edge distinction on social policy. Just recently, Christian Broadcasting Network political correspondent David Brody wrote a book, The Teavangelicals, trying to explain how the Christian conservatives found themselves aligned with what was initially thought of as a secular, libertarian Tea Party movement. Brody lists five key “teavangelical” issues:

Unfortunately, like Clark (who is clearly Brody’s ideological opposite), Brody described what teavangelicals believe, but not why evangelicals have taken such a strident position against government aid to the poor, at least in their home nation. We would love to know more.—Rick Cohen