“Every Student Succeeds” Gives Public Education Decisions Back to States 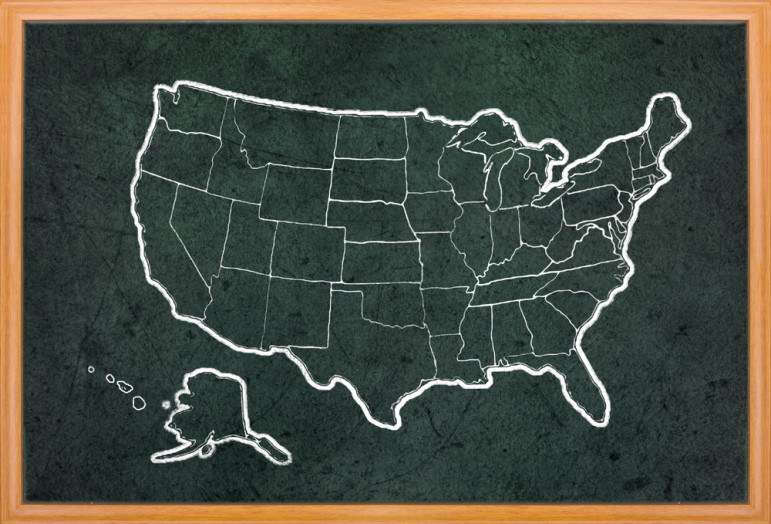 Referring to the long-awaited bill as a “Christmas miracle” in a signing ceremony last week, President Obama emphasized that the new Every Student Succeeds Act improves on No Child Left Behind “with a commitment to provide every student with a well-rounded education.”

Although substantially reducing the federal government’s role in education decisions, it still mandates some standardized tests in key grade levels. The bill allows states to construct their own school improvement plans without the threat of government-imposed punitive strategies, which is a major change.

In an interview on PBS last week, Education Week reporter Alyson Klein shared her analysis of the law and highlighted the important change within ESSA that in addition to standardized tests, new evaluative factors will now also be considered. Klein explained to Judy Woodruff, “Yes, the testing will continue, but schools will also be asked to focus on other factors, things like school climate, teacher engagement, student engagement, access to advance course work.” Klein added that ESSA gives the authority of how to evaluate teachers to the states.

The bipartisan bill had support from the country’s two major teacher unions, both the AFT and the NEA. Providing context on the bill’s passage, Republican Senator Lamar Alexander, committee chair, remarked, “The backlash to Washington trying to tell 100,000 schools too much about what they should be doing caused people on both the left and the right to remember that the path to higher standards and better teaching and real accountability is community by community, classroom by classroom, state by state, and not through the federal government dictating the solution.”

Some nonprofit civil rights groups have expressed concern, however, that the bill does not have adequate protections in place to ensure the welfare of low-income students. Leslie Proll, policy director at the NAACP Legal Defense Fund, told the New York Times, “The whole purpose behind the original bill was to ensure that there were consistent standards and federal oversight to make sure that states and localities were doing the right thing by poor children, by children who needed that assistance the most, and reducing that and granting so much discretion to states is just worrisome.”

Echoing a similar view, Pedro Noguera, professor of education at the University of California, Los Angeles, and director of the Center for the Study of School Transformation, explained his view to NPR’s Eric Westervelt that ESSA won’t be able to narrow the gap that underserved students experience:

That’s because the gaps that we see in education are really a manifestation of broader patterns of inequality that children experience and that are present in our society: gaps in access to health care, gaps in access to good housing.

Unfortunately, ESSA perpetuates the notion that we can address inequality and academic outcome simply by focusing on schools.

It will be interesting to follow the work of these nonprofit groups and educators on the issue of these specific protections during this, President Obama’s final year in office.—Anne Eigeman