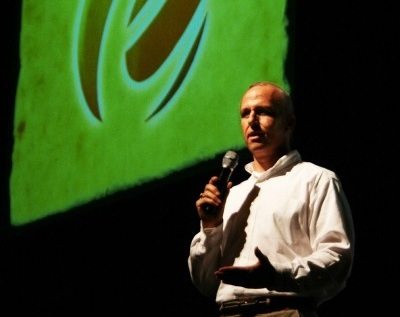 Exodus International, whose core mission is “mobilizing the body of Christ to minister grace and truth to a world impacted by homosexuality,” has been shaken to its core by its own president, Alan Chambers, after the latter renounced the group’s fundamental beliefs.

Exodus has been at the forefront of the ex-gay or “pray the gay away” movement which holds that gay women and men can be “cured” through the alchemy of prayer and psychotherapy. The network of ministries, counselors, and churches claims to have healed thousands of their homosexual affliction.

Chambers however, in a series of public statements and in a speech delivered to Exodus’ annual meeting, renounced the notion that lesbians and gays can be turned straight. He declared that there was no cure and that “reparative therapy,” the primary counseling method of practitioners, did more harm than good.

In a phone interview with the New York Times Chambers said that he knows from vicarious and firsthand experience that “ex-gay” people never rid themselves of same-gender attraction. He added that others like him who chose to lead “straight” and upright Christian lives, married with kids, suffer unnecessarily. Chambers said that Exodus could no longer condone reparative therapy.

Suffice it to say religious conservatives are not too pleased with their former ex-gay poster boy.– Erwin de Leon