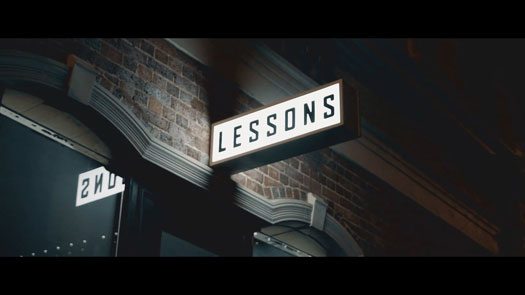 Having the ability to invest billions is not enough to guarantee success. That’s one of the lessons a growing list of mega-donors and large foundations is learning from their efforts to transform and improve public education. In many cases, the initiatives they have launched have been more disruptive than effective. Missing from much of their work has been a recognition of the need to work with families and communities and a willingness to engage in the often-messy work of building success from the bottom up.

At the end of June, the multi-year, multimillion-dollar Excellent Schools Detroit announced it was quietly going out of business after seven years of trying to improve the schools of their home city. According to Bridge Michigan, “Excellent Schools Detroit began as a coalition to support the opening of good schools, the closure of underperformers and to grade the city’s traditional, charter and private schools to help inform parents…Excellent Schools Detroit received funding from numerous foundations, including Skillman, The Kresge Foundation, W.K. Kellogg Foundation and the McGregor Fund.”

Shirley Stancato, ESD’s former board president and current CEO of New Detroit, a coalition working to end racial disparities, told Bridge Michigan that ESD “came about because the community was saying, ‘This is what we need.’” But the initiatives the organization undertook were not built with strong community support or with the partners that they may now know they needed desperately.

One of ESD’s most successful efforts was the creation of a new school scorecard that they believed would provide parents with the information necessary to become more empowered in the market-driven world of school choice that has been a hallmark of education reform efforts. But from the perspective of longtime educational activist Helen Moore, parents were left out of the process and therefore didn’t embrace the effort.

I don’t think (the scorecards) were worthwhile especially because parents weren’t involved and don’t know how they were put out and who did it. They were plain ignored. Nothing ever really progresses unless you get to the parents and have the parents involved.

The critical need for this level of partnership with those who were being served was illustrated in comments made by Sharlonda Buckman, a former board member who until recently was also the executive director of the Detroit Parent Network, a parent advocacy nonprofit group. “I’m a big advocate for paper—there is a certain percentage of families doing everything online but most families want to hold something in their hands…pass it to a friend, have grandma look at it.” But the system offered by ESD relied heavily on electronic access.

The decision to close came as ESD recognized that this disconnect was going to make it difficult to fulfill their vision. According to Bridge Michigan, “They underestimated the difficulty of connecting with parents in a city where children are scattered among 90-plus public schools, dozens of charters and in schools of choice in Detroit’s inner-ring suburbs.” Funder Tonya Allen, CEO of Skillman Foundation, told the Bridge, “We needed a ground game that understood how parents were making choices. I don’t think we have mastered that in our city.” Nor did they recognize that other organizations were working in this space and that it would be better to be a good collaborator than head down their own path.

Excellent Schools Detroit’s expensive lessons mirror those of others who have tried to improve public education without doing the very hard work of community collaboration. Just last year, as NPQ reported, the Bill and Melinda Gates Foundation had gone down the same path and recognized that its very large investments in public education were ineffective. Their post-mortem of a failed effort to build public education around a new and more rigorous Common Core Curriculum recognized that

Deep and deliberate engagement is essential to success. Rigorous standards and high expectations are meaningless if teachers aren’t equipped to help students meet them. Unfortunately, our foundation underestimated the level of resources and support required for our public education systems to be well equipped to implement the standards. We missed an early opportunity to sufficiently engage educators—particularly teachers—but also parents and communities so that the benefits of the standards could take flight from the beginning.

Mark Zuckerberg invested $100 million in a top-down effort to improve the struggling schools in Newark, N.J. NPQ’s coverage of the Newark initiative also highlighted the importance of community connection. It quoted an advocate of market-based school reform, Shavar Jeffries, who recognized the price to be paid when the community is left out of the process.

Education reform…comes across as colonial to people who’ve been here for decades. It’s very missionary, imposed, done to people rather than in cooperation with people.

The outcomes of these experiments may be the result of the hubris of wealth, a specific political perspective, or enthusiasm and feelings of urgency. We hope the lessons are being learned so that scarce resources do not continue to be wasted.—Martin Levine