Faced with Crisis, an Important Program Shows its Adaptive Capacity 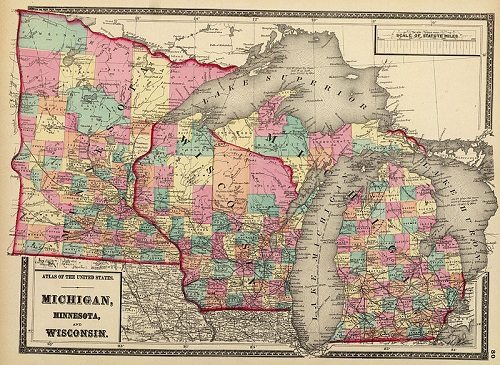 First Choice is an apt name for a pre-apprenticeship program that has helped over 600 Racine, Wisconsin minority participants obtain lucrative construction and manufacturing jobs and apprenticeships, funneling hundreds of well-prepared candidates into Milwaukee-centered businesses hungry for skilled workers with ready-made talent to hit the ground running.

Founded in Racine in 2005 under the oversight of local nonprofit Human Capital Development Corp., First Choice ceased operating in March 2016, having tenaciously survived for more than two years after HCDC lost state funding in 2013. (At the time, state funding made up a large portion of HCDC’s overall budget.) First Choice fired up again last December, offering pre-apprenticeship training in conjunction with Great Lakes Community Conservation Corps, itself a young nonprofit “conceived by an assembly of 25 CCC alumni at the 75th-anniversary event of the Civilian Conservation Corps in 2008 to address regional social and physical challenges in southeastern Wisconsin.”

First Choice is the brainchild of its founder, executive director and driving force Ola Baiyewu, who states that once the reconstituted Human Asset Development Corp. (HADC) is granted 501(c)(3) status by the IRS, his revived program will begin to offer its trademark coursework again under that nonprofit. Baiyewu clearly understands the demand he has succeeded in supplying remains strong: “Good builders keep coming back to us and asking for people. We will be involved in basic core building training; surveying, GPS…basic form making, how to finish concrete, etc.”

The local nonprofit community praises First Choice’s founder as its dynamic alter ego; Great Lakes CCC now requires all its participants to take the labor apprenticeship test offered through First Choice, and president Chris Litzau states of Baiyewu, “The Great Lakes CCC’s goal is to develop that work ethic, transform the individual, and when they have that momentum, we link in with Ola.”

Racine Family YMCA CEO Jeff Colleen, who is a member of the board of directors for the new HADC, recognizes the decade-plus of First Choice’s proven efficacy, stating, “I think what Ola was doing before had a lot of value, and I am glad that we will have the opportunity to provide that.” He notes that First Choice is seeking a diversity of funding sources and Milwaukee-area partnerships serving a common purpose.

First Choice successfully accomplishes two goals: righting an historical wrong that has deprived minority individuals of fair access to a crucial employment sector, and providing area businesses with workers who are in short supply. The training program does so by raising the bar of competency on both sides of the equation. The gap in opportunity and supply of labor is real in Wisconsin. First Choice has made a tangible contribution to providing a more just and productive landscape for all of its region of Wisconsin.—Louis Altman