Organizations dedicated to addressing poverty face growing challenges, as government supports decline and the giving habits of the ultra-rich threaten the democratic soil in which nonprofits flourish.

A recently published report by Oxfam, “Reward Work, Not Wealth,” analyzes 2017’s economic results from the perspective of how the benefits of an improving world economy were shared. According to Al Jazeera, the report found that “half of the world’s population received no share of all wealth created globally last year, while 82 percent went to the richest one percent.…Billionaires in 2017 increased their wealth by $762 billion.”

Oxfam’s analysis builds on data compiled by Bloomberg that was released in December, which found that “The richest people on earth became $1 trillion richer in 2017, more than four times last year’s gain, as stock markets shrugged off economic, social and political divisions to reach record highs.” The 500 richest people saw their wealth grow by 23 percent last year, a rate not approached by other population groups. And 2017’s experience is not unusual. Over the decade ending in 2015, working people saw their incomes rise two percent a year while the wealthiest saw their wealth grow at an annual rate of almost 13 percent.

Advocates for a fairer economy see a need for living wages that bring earnings for workers to a level that, if one works, one need not struggle for basic needs like food, shelter, education, and health. Winnie Byanyima, Oxfam’s executive director, told Al Jazeera that “the people who make our clothes, assemble our phones and grow our food are being exploited to ensure a steady supply of cheap goods, and swell the profits of corporations and billionaire investors.”

Government policies should be directed at ensuring that increases in wealth are shared fairly with those who do the work. According to Investopedia, “Oxfam pleaded with governments to better tackle rising inequality. The organization believes that shareholder and executive returns should be limited. It also recommended raising taxes on the wealthy and eliminating the gender pay gap.”

For individuals and families living at the bottom of this economic pyramid, the rungs on the ladder are ever more difficult to climb. According to Oxfam’s analysis, “having a job does not also mean escaping poverty. Recent estimates by the International Labour Organization (ILO) show that almost one in three workers in emerging and developing countries live in poverty, and this is increasing.…While the value of what workers produce has grown dramatically, they have not seen similar progress in their wages or working conditions. The ILO surveyed 133 countries for the period between 1995 and 2014 and found that in 91, wages had failed to keep pace with increased productivity and economic growth.”

While the percentage of working poor in the United States is much lower, half of the working population earns less than $33,000 annually and depends in part on government and private assistance to maintain a reasonable standard of living.

In many countries, including the United States, donor income increasingly comes from a small number of very rich individuals. NPQ has long been concerned about the growing power of mega-donors and their desire to “privatize the way these funds will be directed and minimize the public’s control of how charitable dollars are spent.” The danger is that funds will not be directed where they are needed, and organizations will be pushed to change their work to chase after the funds they need to survive.

The growing concentration of wealth also presents a growing threat to the open, democratic society that nonprofit organizations thrive in. As Karen Kahn wrote in NPQ last summer, “A robust democracy requires an economy that provides meaningful work and shared prosperity.” From the bottom looking up, the lack of economic progress contributes to a loss of faith in our system’s ability to make things better. From the top of the economic ladder, there is little force behind the kind of systemic change that would change the picture of an economically unfair world. Like global warming, growing economic disparity is a human-caused problem and needs human answers. Not long ago, Elizabeth Castillo in NPQ noted that civil society and “the nonprofit sector must lead the way” to change the system and restore norms of reciprocity, because it was unlikely that either business or government on its own would do so.

The Oxfam report will be presented at the upcoming Davos World Economic Forum, as it has been for many years. Will the wealthy attendees pay attention to its challenge? Will President Trump, who will be the first president to attend in many years, think about its implications for his administration’s policy agenda? Is there a willingness to make tough changes? Or is this another instance where good data has no place in policymaking, leading to potentially disastrous outcomes?—Martin Levine 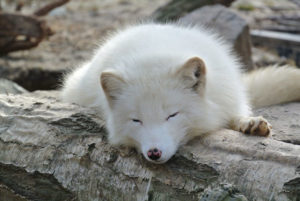 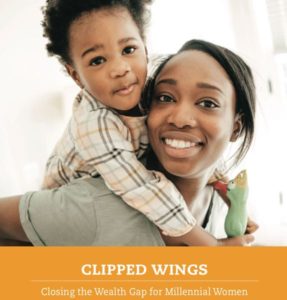 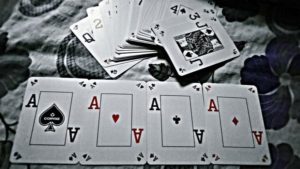 How College Admissions Stack the Deck against Low-Income Applicants 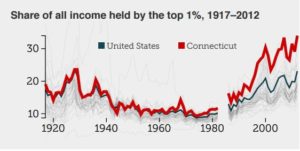 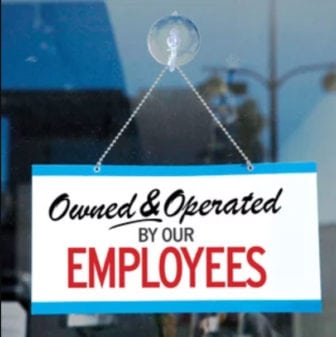 Employee Stock Ownership Plans: Can They Close the Wealth Gap?