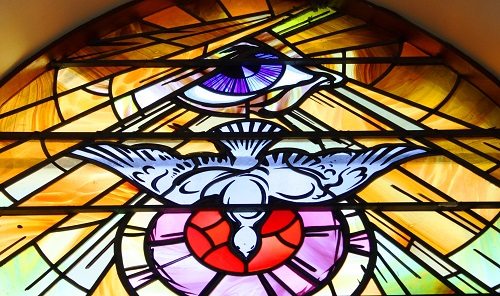 NPQ has done newswires in the past about atheists being turned away as volunteers, even when the organization in question looks on the surface to be secular. Take, for instance, this newswire about the American Cancer Society.

Now Upstate Atheists, based in Spartanburg, South Carolina, has been making headlines recently by trying to have members volunteer with a local soup kitchen to serve meals to people who are homeless. The issue, however, is that the Spartanburg Soup Kitchen is openly faith-based and has refused to let the atheists help.

The Spartanburg Soup Kitchen started 20 years ago, serving sandwiches to a few people who are homeless from the kitchen of a local Presbyterian church. By 2009, it had grown to serving hot lunches every day of the year to more than 500 people daily. At the time, with the downturn in the economy increasing the number of “working hungry,” a campaign was started and a new, larger facility was built for the group.

Upstate Atheists is a membership group with approximately 170 members. Their website is currently down; a notice there suggests it has crashed with the amount of attention they have been receiving recently, and due to the work of some people who want their website to crash completely. However, their section of meetup.com shows their tagline is “Charity Beyond Belief,” and that they are organized specifically to give atheists a chance to give back to the community.

The Upstate Atheists said they were willing to simply volunteer, and that they would not be wearing t-shirts with their logo or carry any other information about their organization. The executive director of the Spartanburg Soup Kitchen, Lou Landrum, did not believe there was no ulterior motive, and that as her organization did everything to glorify God, working with atheists was against their values. As quoted on GoUpstate.com, “They can set up across the street…They can have the devil there with them, but they better not come across the street.” It’s a position that does not exactly fit with the organization’s stated belief that “every human being should be treated with dignity and respect.”

The Upstate Atheists have already signed up with a nearby soup kitchen to help there. Maybe one reader of one online report got it right by saying, essentially, that this all a tempest in a teapot, and actually it was a win-win for everyone. Particularly for the people who are homeless, who got not only a hot lunch, but also were given packages of personal hygiene products.—Rob Meiksins

This article has been altered from its original form. The initial text said that this was the second time that Upstate Atheists attempted to work with the Spartanburg Soup Kitchen; a representative from AU contacted us to correct that misimpression. “We offered to volunteer only one time. The one time that we offered to volunteer, we said that we would not wear our shirts or mention who we were. We were told that we had ulterior motives and weren’t allowed so we made care packages to benefit the homeless instead.” NPQ regrets the error.