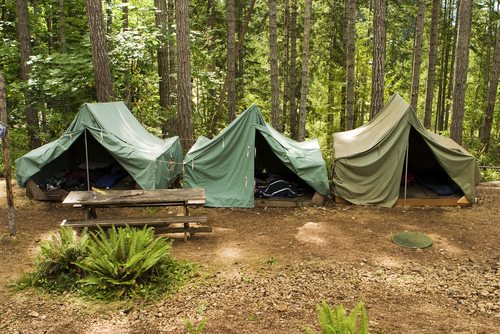 June is Pride Month for the lesbian, gay, bisexual, and transgender (LGBT) community. Nationwide, members of the community, their friends, families, and allies celebrate hard-won civil rights while calling attention to the fact that there is still a long way to go to full equality and acceptance.

Last Sunday, a couple of weeks after the Boy Scouts of America’s national council approved a resolution lifting the ban on gay scouts, a few scouts marched in Utah’s Pride parade. The youth and adults were in trademark Cub Scout, Boy Scout, and Eagle Scout uniforms, in outright defiance of organizational guidelines prohibiting such visible socio-political advocacy. The Utah group might have been protesting for full inclusion in scouting for youth and adults who happen to be gay.

Many others have decided to break away from the 103-year-old organization and form their own troops. The New York Times reports that parents disgruntled by the decision have formed alternative and independent scouting troops, including “the Royal Rangers, which offers ‘Christ-like character formation’ for boys, as well as SpiralScouts International, founded by the Aquarian Tabernacle Church of Wicca, which awards badges named for pagan holidays.” Some parents are cutting ties because they think national leadership went too far, while others are doing so because the compromise decision did not go far enough.

It remains to be seen how many troops and members the Boy Scouts will lose. Congregations sponsor 70 percent of the organization’s 116,000 troops and packs. The Church of Latter Day Saints and the Roman Catholic Church, among the largest faith groups in the Boy Scouts, have issued statements that they are now okay with young gay scouts, despite initial opposition to the idea. The United Methodist Churches have indicated that they will continue supporting the Boy Scouts. The Southern Baptist Convention, however, is expected to tell its member churches to abandon the Boy Scouts for the Bible-based Royal Ambassadors program.

The dust will eventually settle and people will find out that the sky has not fallen. If the Scouts wish to remain relevant in a society that has become more accepting of LGBT people, they should end the ban on gay adults.—Erwin de Leon.