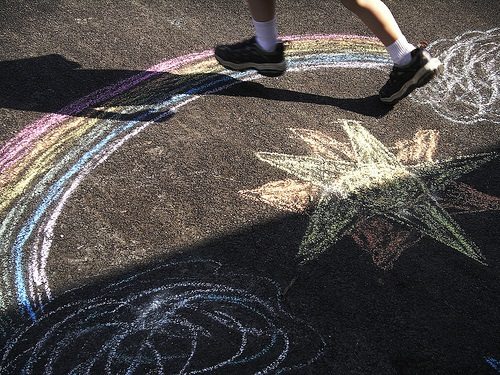 How many times do Americans have to read headlines about severe cuts in safety net services to people in need before they get motivated to act? Here’s the latest. Shannon Heffernan writes for WBEZ that Individual Care Grants provided by the state of Illinois have declined precipitously over the years, serving only half as many Illinois young people with severe mental illnesses as they did five years ago. ICGs help families pay for community and residential services for their children.

Because fewer families and young people are being served, some families have taken desperate moves to get assistance for their children. WBEZ reports that “the number of psychiatric lockouts has doubled in Illinois over the past two years.” It is a stunning development, reflecting the choice of increasing numbers of families to abandon their children with severe mental illness on the assumption—or the mere hope—that the children will be able to get mental health care in the custody of the state.

Nonprofits report that the ICG application process for families is “grueling…with tons of paperwork and documentation.” Families feel that “the state was trying to discourage them from seeking out services,” both by the tough application process and the behavior of state officials in sending back applications as incomplete or with tiny errors. Applications that would have gotten easy approval in the past became turned into rejections as the state’s ICG funding became tighter.

One nonprofit staffer in the WBEZ story was also a parent of a daughter who had bipolar disorder with psychotic dimensions and who benefited from the ICG program. “If there was no ICG, I would have had to choose between keeping my daughter at home and my other three kids going into foster care. Or most horribly, having my daughter inflict harm on herself and possibly end her life on her own,” the mom said. In 2006, the year that her daughter got an ICG, the state approved 124 young people for ICGs. In 2013, there were only 11 approved. The ICG program has never been smaller in terms of new approved applicants.

The state has its explanations. One person said that there might be questions about whether the applicants really had “severely impaired reality,” a condition of the ICG program, which the state is now interpreting more narrowly. Another said that the state’s appropriation is smaller, and since the program had overspent in years past, the state was shifting to narrower eligibility interpretations in order to “live within our appropriation.”

Ben Wolf, a lawyer with the American Civil Liberties Union, sees the situation differently. He says that a 1980 state consent decree made the ICG an entitlement, obligating the state to provide the assistance to anyone who qualifies, regardless of appropriations. “If the level of appropriation is affecting the final judgment about who is eligible and who is not, then that in my view would be a violation of the law, and of our consent judgment,” Wolf said.

These psychiatric lockouts aren’t new to Illinois or in other states. While WBEZ reported a doubling of lockouts over the past two years, when the program was better funded, lockouts actually tripled between 2003 and 2010. To understand what a lockout entails, we can turn to an Illinois law firm’s somewhat narrow definition:

In congressional testimony from the National Alliance on Mental Illness, a broader definition of custody relinquishment included “the heart-wrenching decision to give up parental rights of their child in exchange for help” in securing treatment for the child’s severe mental illness.

Illinois may be the current epicenter for psychiatric lockouts and custody relinquishment, but it is an issue that exists in several states. For example, the Hogg Foundation for Mental Health made custody relinquishment to obtain mental health services one of the foundation’s five policy priorities for 2012 and 2013, noting that this “continues to be a problem in Texas…a horrific experience for the child and the family and…a costly policy” for the state.

It seems more than horrific or heart-wrenching. For states to cut back on services that would help families obtain necessary psychiatric services for their mentally ill children by means other than relinquishment, the values reflected in the public policy statement would have to be next to barbaric.—Rick Cohen