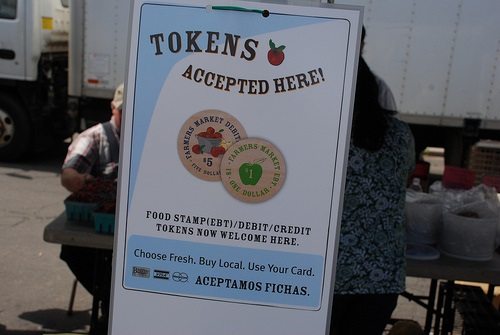 There may be the schematics of a federal budget deal negotiated between Paul Ryan and Patty Murray for 2014, but there won’t be a farm bill before the end of this year. Or so says just about everyone, as Congress wraps up its business and skedaddles out of Dodge at the end of this week.

In a way, this is legislative malfeasance of the highest order. One constituency left hanging is farmers, who are making planting decisions for 2014 without benefit of the certainty of knowing what’s in or out of a farm bill.

“With the start of fiscal year 2014 on Oct. 1, authorization for previous farm legislation written in 2008 has already lapsed, triggering a reversion to farm subsidy laws first enacted in the mid-20th century,” Roman Keeney, an associate professor of agricultural economics, told Ag Professional. “With the 2013 crop just harvested being the last that is subject to the 2008 law, farmers are left making plans for their 2014 crops with uncertainty about the rules and regulations that will govern the farm commodity system.”

What Keeney’s referring to is milk subsidies, which would revert to a 1949 law that would have the federal government buying milk at hugely inflated prices, which would lead to a price rise for regular consumers. However, if Congress were to pass a farm bill when it reconvenes in January, that shopping cart debacle could be largely avoided.

If there were a farm bill, you would see both houses of Congress and the White House largely agree, sometimes unfortunately, about the kinds and levels of subsidies they want to provide to farmers. The bigger split is over food stamps—the Supplemental Nutrition Assistance Program (SNAP)—where there is a veritable chasm to breach. The Republican-dominated House of Representatives wants to cut food stamps by $40 billion, while the Democratic-majority Senate wants to only cut it by $4.5 billion, a number the Senate thinks can be reached largely by administrative reforms in the program.

Perhaps inspired by the Ryan/Murray détente, farm bill negotiators Senator Debbie Stabenow (D-MI) and Representative Frank Lucas (R-OK) could be inspired to reach a quick agreement this week that doesn’t shove millions more poor people onto the precipice of starvation as their SNAP benefits are cut or terminated. But the food stamp gap is a big ideological and financial difference between the two houses, focused specifically on how this nation intends to treat and care for the poor.

There are still farm subsidy issues to be worked through. Organizations such as the Environmental Working Group have been actively lobbying for components of a farm bill that “fully funds conservation programs, reforms subsidies to protect family farmers and supports transition to farming practices that reduce the use of antibiotics, toxic pesticides and hormones.” In the Mississippi Delta, the farm bill isn’t an abstraction. The questions of how much subsidy to provide farmers and how much money to give to food stamps play out affect community calculations and future plans.

But it isn’t just a matter of the prospective farm bill. Food stamp cuts began on November 1st, when the boosted food stamp formula that was created in the stimulus program expired. For a family of four, that meant about $40 less in food stamps each month. The impact adds up, especially in states such as Oregon, one of six where more than 20 percent of the population receives food stamp support.

Conservatives are taking aim at food stamps in part because, like economist Robert Rector of the Heritage Foundation, they see food stamps as one of some 80 programs benefiting the poor. A cut in food stamp benefits seems to them inconsequentially small in the array of subsidies for poor families. Others, like the Center for Budget and Policy Priorities, see the proposed House measure as pushing as many as 5 million people out of the food stamp program, with consequences already evident in larger demand and longer lines at food pantries.