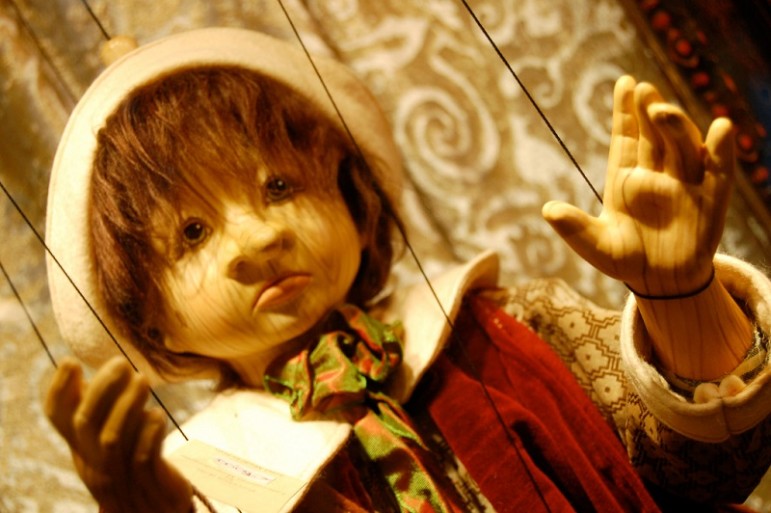 It isn’t hard to read numerous reports about the skill of Islamic extremists in using technology and social media—and American attempts to play the same game. Game may be the operative word at the Federal Bureau of Investigation, which has concocted a program called “Don’t Be a Puppet,” which uses a website and a game to teach users to identify when someone might be falling into the trap of becoming ensnared by extremism. According to an early report on the Puppet game in the New York Times, for the players, “With each successful answer, scissors cut a puppet’s string, until the puppet is free.”

A number of people were invited to give feedback on the program, and a lot of the feedback was not positive. According to Abed A. Ayoub of the American-Arab Anti-Discrimination Committee, who attended the FBI’s big outreach and feedback meeting on the Puppet game on October 16th, “They were getting blowback from everybody. It was a very tense meeting.” After the initial reviews, the FBI put the game on hold.

The Intercept just reported that the FBI’s process of vetting the game seems to have left out the most prominent Muslim groups in the U.S. “Of the six groups that Muslim-Americans feel represent their interests the most, according to a 2011 Gallup poll, only one got a seat at the FBI’s meeting,” according Jenna McLaughlin in The Intercept.

For example, the nation’s largest Muslim civil rights and advocacy group, the Council on American-Islamic Relations (CAIR), was not invited to the October meeting. “The largest Muslim civil liberties and advocacy organization…and the FBI elects to exclude us,” CAIR’s Corey Saylor emailed to The Intercept. Apparently, no one was invited from some of the other larger groups, such as the Islamic Society of North America, the Muslim American Society, the Imam Warith Deen Mohammed Group (Mosque Cares), and the Islamic Circle of North America. Among the top six groups, only the Muslim Public Affairs Council attended. According to The Intercept, “MPAC has a reputation for being friendlier than other Islamic groups to the Obama administration’s effort to ‘counter violent extremism.’”

Fortunately or sadly, depending on one’s perspective, the FBI isn’t the only agency looking for short and sweet gamelike approaches for identifying potential extremists—or for getting students and teachers to look for extremists among their peers. In the UK, computer programs have been developed to help teachers monitor their own students for indications of extremism. For example, one called “Impero” reviews students’ website searches for keywords of radicalism such as “apostate,” “jihobbyist,” and “YODO” (you only die once).

The FBI, and the Obama administration which okayed the development of the Puppet game, have to be very careful to avoid stoking the already significant patterns of Islamophobia evident in American society. Gallup reports that almost half of all Muslims report that they have personally experienced ethnic or religious discrimination in the past year, more than twice the proportion for any other American religious group. Favorable American attitudes toward Arabs and toward Muslims have declined sharply between 2010 and 2014, with 42 percent of Americans now favoring racial or religious profiling against Arab Americans and American Muslims. A Pew Research Center survey on how warmly Americans felt toward people of various religions had Jews, Catholics, and Evangelicals as the groups on the warmest part of the scale, Buddhists, Hindus, and Mormons as neutral, neither warm nor cold, and Muslims as the group viewed with the least warmth.

Might the FBI adventure game to free the puppet add to the Islamophobia that is making Muslim Americans feel increasingly unwelcome in this country? That is the danger, one that the FBI might have avoided a bit had it consulted with mainstream nonprofit Muslim-American organizations for advice early on in the game development process.—Rick Cohen