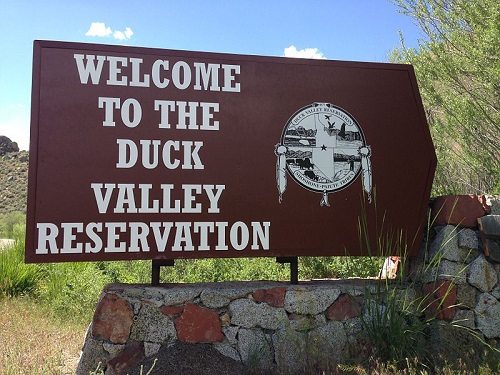 Although the National Council of Nonprofits and the Urban Institute released powerful reports on challenges of contracting and payments for nonprofit recipients of governmental grants and contracts, no one should be surprised that the revelations didn’t lead to epiphanies in attitudes and behavior on the parts of federal agencies.

Running the gamut of federal courts right now is a case pitting the federal government against the Shoshone-Paiute tribes living on the Duck Valley Indian Reservation that covers parts of Nevada and Idaho. The federal government had agreed to compensate the tribes for running a hospital on the reservation, but reneged. The tribes sued, won twice in front of the U.S. Supreme Court, and the federal government is still fighting not to pay. In fact, the Obama administration has asked Congress to approve a plan for permanently limiting how much Native American tribes could be compensated for specific costs associated with government contracts.

This is no isolated issue. The precedential implications are obvious to the federal contractors and other tribes that have joined with the Shoshone-Paiutes to press the federal government to pay up rather than negotiating partial payments. According to the Washington Post, hundreds of tribes say that they are owed some $2 billion collectively. Representing 229 tribes with more than $350 million in unpaid claims, Senator Mark Begich (D-AK) warns that the federal government’s attitude “should put some fear into the small, medium and large contractors.”

Like the National Council/Urban Institute findings, this isn’t a new problem, and it has implications for nonprofit contractors in particular. The costs in agreements for education, public safety, and health programs that the feds are resisting are support costs such as legal, accounting, insurance, worker’s compensation, and travel, much of which sounds like overhead costs. Nonprofits know all too well that insufficient indirect or overhead compensation can spell the difference between organizational success and failure. For the tribes on these contracts, these costs are estimated to run to about 20 percent of the contract value, but for other kinds of federal contractors, the proportion could be as high as 30 percent or more, according to the Post.

The practice of the Indian Health Service and the Bureau of Indian Affairs to pay only part of the tribes’ costs whenever the two agencies ran short of money has gone on for decades. The Obama administration has told the Supreme Court that it doesn’t have the money in its budget to pay the full amount obligated by its agreements with the tribes. In an amicus brief, the U.S. Chamber of Commerce weighed in on behalf of the tribes, arguing, “The government’s position would have the effect of making contracts illusory by giving it a broad right to refuse payment at the stated price for services rendered.” The Chamber added, “This proposed regime is grossly unfair to contractors, but it also does not serve well the government, which will find it difficult to find contracting partners willing to take on such risk.”

Although the Court ruled that the government is responsible for the full amount due under the contract regardless of appropriations, the Obama administration hasn’t complied. The agencies even questioned their own estimates of “shortfalls” (they submit annual “shortfall reports” to Congress), suggesting that they were only estimates and needed to be verified before making any payments, and now the Administration is searching for ways of retroactively capping what it owes.

The Shoshone-Paiutes’ Duck Valley reservation is hardly a huge bastion of resources, but in many cases, the tribes and for-profit contractors have a lot more wherewithal for dealing with vicissitudes in governmental reimbursement practices than nonprofit contractors. A recent survey of 220 federal contractors, presumably mostly for-profit, though the report didn’t specify, suggests that many are still reeling from the effects of the sequester. The survey conducted by two firms, Lohfeld Consulting Group and Market Connections, found that 77 percent of respondents predicted that they would end 2013 with government sales flat or declining compared to the previous year. In contrast to 21 percent of large business respondents, 39 percent of self-identified small businesses predicted declines of more than 10 percent. About one-third of the respondents said that they were significantly impacted by the combined impact of the sequester and the brief government shutdown.

It isn’t hard to imagine that potential nonprofit respondents might have reported equally difficult financial results on their federal contracting in 2013. Although there is now a budget deal between Congress and the White House, it trims but doesn’t end the sequester, much less do away with the cuts already incurred by nonprofits working on the domestic discretionary parts of the federal budget. The uptick in federal money for fiscal 2014 isn’t much, won’t undo most agencies’ recent if not chronic shortfalls, and may still lead the White House to pursue escape hatches allowing agencies not to pay parts of contractors’ overhead costs. Hopefully, the ultimate resolution of the Shoshone-Paiutes argument regarding the Duck Valley reservation hospital will be useful to nonprofits: If the federal government signs a contract, it should pay up what it owes, and not find ways to renege on contractual commitments.—Rick Cohen