Federal Drug Policies Way out of Alignment with Public Opinion 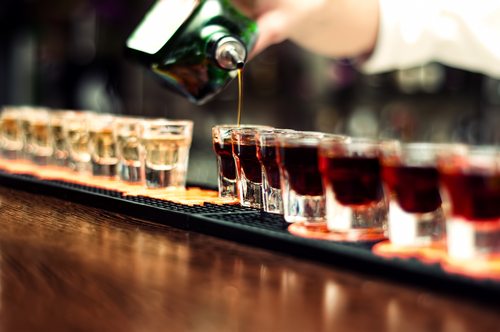 The findings of a Pew survey show that by a five-to-one margin, Americans of all stripes think that alcohol is worse for a person’s health than marijuana. See the graph below for confirmation that all demographics agree. 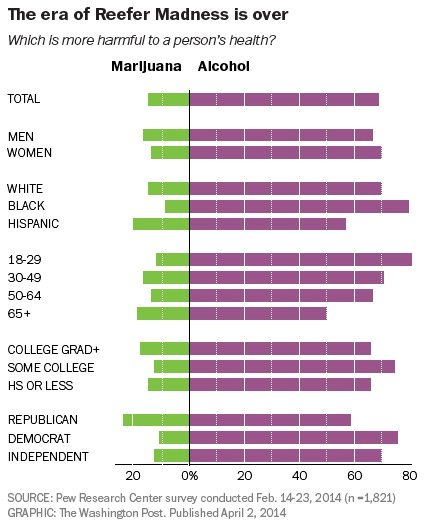 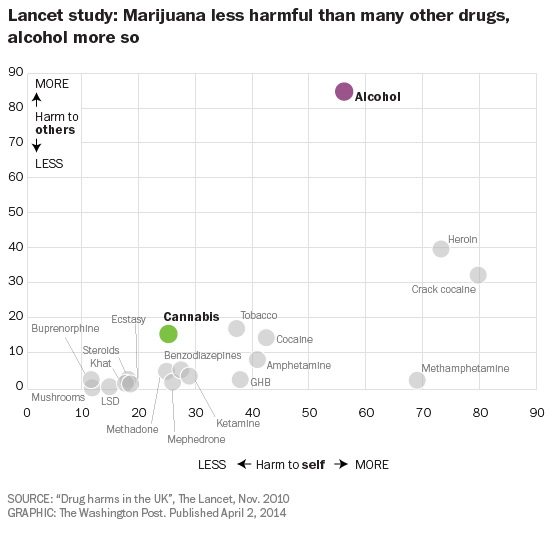 The survey also found that the public favors treatment over imprisonment. “In short,” writes Christopher Ingraham for the Washington Post’s Wonkblog, “it’s hard to think of another arena in which federal policy is more at odds with public opinion and scientific consensus. The Pew survey suggests that in the upcoming national elections in 2014 and 2016, there’s a real opportunity for candidates to distinguish themselves by taking up these issues.”

On a side note, this all makes us feel like Bain Capital has some great forecasters since it has been buying up treatment facilities all over the country.—Ruth McCambridge