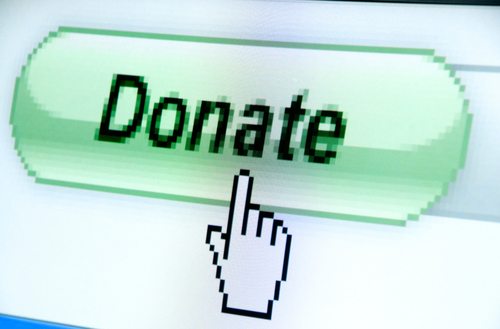 In the world of workplace philanthropy, the Combined Federal Campaign (CFC) has been a mainstay of needed charitable contributions from federal employees all around the nation. However, the Office of Personnel Management (OPM) is considering a change in the CFC process to eliminate donations by cash, check, or money order in order to require that all donations be made by “electronic means.”

According to Joe Davidson, reporting for the Washington Post, only 22 percent of CFC donations were made electronically in 2011 and more than 88 percent of donors didn’t make electronic donations. The proposed OPM regulation appears to be an effort to “streamline” the CFC. In some cases, technology does streamline such processes, but given that almost nine out of ten donors do not use electronic means for making their charitable contributions, what is really driving the OPM move?

It seems to us that the shift to all-electronic donations relates to another part of the proposed change in OPM operations which calls for a reduction in the number of local CFC committees, replacing the 184 local CFC committees with a small number of larger, regional ones. A report from a commission formed for the 50th anniversary of the CFC noted that OPM’s costs in operating the CFC had risen sharply, from a little over $20 million around 2002-2003 to close to $30 million in 2010. The proposed change in OPM’s CFC procedures may fundamentally be an effort to save some OPM money.

That’s understandable in this era of budget pressures, but what might be lost in terms of charitable giving? The CFC-50 report notes that the federal employee participation rate in the CFC has been trending downward, with around 24 percent of federal employees participating compared to around half more than two decades ago. The average CFC donor’s gift is over $284, the highest it has ever been, but the steadily declining participation rate has led to lower total CFC campaign totals in recent years.

Will less hands-on interaction with local committees and more reliance on impersonal electronic donations reverse this trend? Longtime CFC charities such as EarthShare (represented by Kalman Stein), America’s Charities (headed by Stephen Delfin), and the Workplace Giving Alliance (represented by Marshall Strauss) are suspicious that the new regs will result in even lower levels of participation and giving. Delfin said he is “highly concerned” that the shift to electronic technology could result in lower donations. Strauss said that shifting the CFC to an electronic-only donation program could “dramatically reduce the number of people giving and the overall receipts of the campaign.” Stein, whose EarthShare has been selected to administer the CFC of the National Capital Area, thinks that OPM doesn’t understand “how critical the local component is.” He adds that history indicates “more consolidation [of local CFC committees] leads to less donations.”

Strauss, Stein, and Delfin are among the most experienced CFC managers in the nation. Perhaps someone might say that they represent the old CFC guard resisting new technologies in fundraising, but that doesn’t appear to be the case. All of them have welcomed the inclusion of electronic giving as another option in the CFC. The more options for potential donors, the better, they say. But not everyone makes that electronic shift, and charitable giving is a high-touch process in which many donors like to feel more tangibly involved. Electronic giving saves money per gift, but the shift to an all-electronic system may lose more charitable donations than the OPM saves in operating costs.—Rick Cohen