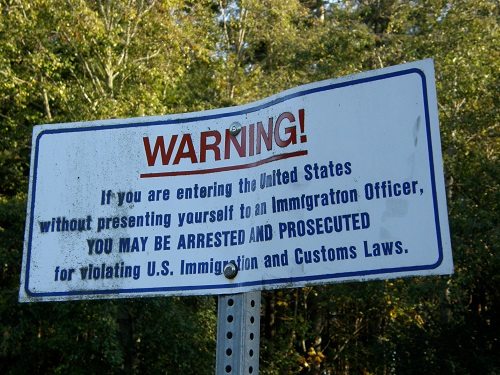 Imagine yourself a minor, an adolescent, or a young teen who has come to the United States without your parents from Central America. You’ve come to the U.S. to escape rampant violence in your home community, or perhaps because of the economic devastation caused by the coffee blight. You’re one of more than 60,000 unaccompanied children who made it to the U.S. in the past year only to be immediately detained by the U.S. Border Patrol and now face an appearance in court to argue that you should be allowed to remain here.

Facing an immigration hearing alone? As a kid? In a nation where much of the population thinks that unaccompanied minors should be immediately deported without a hearing?

In California, about 4,000 kids have been classified as unaccompanied immigrant children, but as a result of a law signed by Governor Jerry Brown, the state will provide $3 million to support legal assistance for them, to be provided by various nonprofits. The California law follows the independent decision of San Francisco to allocate $2.1 million on its own for legal assistance to immigrant children. Earlier in the year, New York City directed $4.9 million in city funds to provide legal services for immigrant children and their families. Like the actions of San Francisco and New York City, the humanitarian response of the state of California to these children, given the risks they took to escape violence and death in their home countries of Guatemala, Honduras, and El Salvador, stands in sharp contrast to the reactions of politicians in other states, who have complained vociferously about the financial burden these immigrant children represent.

One such example is Louisiana, where Senator David Vitter (R-LA) released information from the state’s Department of Education that the 1,400 unaccompanied immigrant children there will cost school districts $6.9 million this year to admit them to classes. Vitter’s response to the data was less than charitable. “This rapid influx puts an additional burden on teachers who will be expected to accommodate non-English speaking students. That’s not fair to the teachers and not fair to the students in the classroom,” Vitter said. “President Obama’s failure to enforce basic immigration laws is now causing a huge financial burden for Louisiana.”

Expecting these children to represent themselves in immigration court hearings is nonsensical. Following Governor Brown’s action in California, the press reported that the Obama administration has made two grants as part of a $9 million appropriation—over two years—to provide legal assistance to unaccompanied immigrant children in immigration court hearings. The United States Conference of Catholic Bishops and the U.S. Committee for Refugees and Immigrants will get $4.2 million to provide legal assistance to undocumented immigrant children in Arlington, Va., Baltimore, Dallas, Houston, Los Angeles, Memphis, Miami, New Orleans, and Phoenix, with the remainder of the $9 million to be distributed later.

The implications for nonprofits are several:

First, even with these new but small allocations of federal, state, and local funding, the ability of organizations to meet the demand for legal representation is quite limited. At the Immigration Law Unit of the Legal Aid Society in New York City, for example, attorney Kathleen Maloney says she and her colleagues are working around the clock to represent immigrant children but cannot meet the demand. To provide sufficient assistance to these children, more resources will be needed—and more access to human capital in terms of experienced immigration lawyers to represent these kids.

Second, it is important to remember why the U.S. created programs like Legal Aid and Legal Services. Adequate legal representation in civil litigation is critical for equal access to justice. Denying low-income people, immigrants, and immigrant children legal representation in the courts is in this instance tantamount to sentencing these children to deportation. Denying unaccompanied immigrant children legal assistance in these immigration hearings would be a humanitarian tragedy.

And third, the actions of New York City, San Francisco, and the state of California demonstrate once again the importance of local public policy advocacy by nonprofits. It isn’t just that local and state actions make progress on critical social issues that federal legislators seem unable to grasp on their own, but that those local and state actions prompt federal authorities to act when they otherwise wouldn’t. Nonprofit advocacy isn’t simply a matter of issuing press releases and social media announcements that counter the attitudes of the likes of Vitter and Goodlatte. It is taking action to achieve concrete, tangible improvements in the lives of immigrants—in this case, immigrant children—and in doing so, to stimulate additional public policy actions that create a ripple effect that leads to additional policy changes.—Rick Cohen