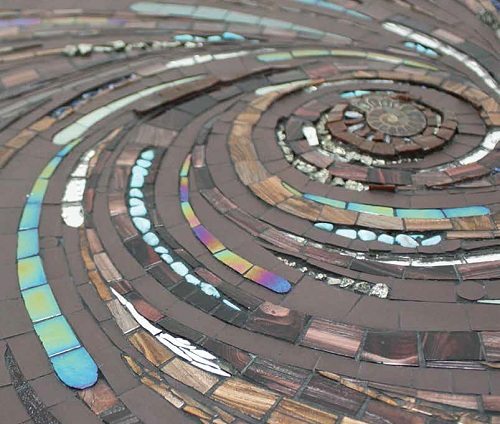 “THE EARTH SCRATCHES HERSELF” BY NATHALIE VIN / WWW.MOSAICWORLDS.COM

Why do donor-advised funds (DAFs), as an instrument of charitable or philanthropic giving, so often seem to stir up a hornet’s nest of commentary and complaints? One would think that as the conveyer belts moving billions of dollars from charitable donors to charitable recipients, accomplished with a few cursor movements and a click, DAFs would be widely applauded for making charitable giving easier, faster, simpler.

In years past, criticism focused on the role of large financial institutions, such as Fidelity Investments, Vanguard, and Charles Schwab, among others, serving as the sponsors and managers of donor-advised funds. Being corporate players, their role in the donor-advised fund field was viewed—largely by their competitors in community foundations—as suspect. The fact that these corporate sponsors were earning little to nothing from their 501(c)(3) national DAF arms, that community foundations were themselves often tied quite closely to local banks and other corporations, and that the corporate DAFs were operating more cheaply and flexibly for smaller donors than community foundations, however, has worn down the theory of corporate taint. Now, the criticism leveled at DAFs is spotlighting not their corporate roots but rather their grantmaking practices.

Think of the managers of DAFs—whether the couple of dozen corporations in the game, the 750 community foundations (as of 2011) whose giving is largely dependent on the DAFs they control,1 or the many other institutions (universities, hospitals, and other independent charities) that hold and manage DAFs—as gatekeepers to a large and rapidly increasing swath of philanthropy. DAFs already dominate the resources for giving by community foundations, and small private foundations are discovering that it is simpler and cheaper to operate as a DAF—with the likes of Fidelity Investments and Charles Schwab providing the institutional operating infrastructure—than to straggle along as a small grantmaker. Despite the popularity and growth of the national DAFs, critics continue to raise issues about the accountability of donor-advised funds.

The critics aren’t fly-by-night naysayers but rather well-respected observers of the philanthropic scene. Boston College law professor Ray Madoff calls DAFs “problematic because they are based on deception.” In comments submitted to the Internal Revenue Service, Madoff wrote, “The legal regime governing DAFs undermines the integrity of the tax system by implicating the government in a ‘wink and a nod’ system that encourages artifice over substance.” 2 In Madoff’s conception, the concern is that donors make irrevocable (fully charitably deductible) gifts to the 501(c)(3) sponsors, who then hold and administer the funds, “leav[ing] donors vulnerable to unscrupulous and insolvent sponsoring organizations that choose to exert their legal rights over the funds rather than their ‘understanding’ with the donor.” 3

One element of the “wink and nod,” as seen by the National Committee for Responsive Philanthropy’s Kevin Laskowski, is the dynamic of DAF distributions, or “payout.” Laskowski notes, for example, that, in the aggregate, 126 large DAF managers had a payout rate of 22 percent of their $24.2 billion in assets; but a 2006 Department of Treasury study of more than 106,000 individual DAFs demonstrated that, while showing a mean payout of 9.3 percent, the DAFs had a median payout of 0.6 percent, half of the DAFs had a payout of less than 1 percent, and one-fourth had no payout at all during the study year.4

Are DAFs a “wink and a nod” for potential donors? Although the typical account size for a DAF at a community foundation is quite large (often five or six figures and, for some of the commercial sponsors, requiring a minimum investment of at least $25,000), increasingly DAFs are a charitable donation instrument for middle-income investors with the impulse to give—and many, such as the investor in the story below, are more and more finding DAFs an attractive vehicle for doing so.

A few years ago, a DAF investor (who prefers to remain anonymous) and his wife had an equity investment, made up of mutual funds, with Fidelity Investments.5 The investment had appreciated greatly, but the couple were informed by their financial advisor that at that time it had “gone as far as it was going to go.” It wasn’t a large investment—worth perhaps $17,000 if it were sold—and the capital gains hit would have been significant.

The Fidelity Charitable Gift Fund had lowered its minimum threshold for establishing a donor-advised fund, from $10,000 to $5,000 (subsequently matched by Schwab Charitable), and the couple were advised that if they donated the stock rather than selling it, they would avoid the capital gains hit. Because it was a Fidelity account, it was easy for them to transfer it to the gift fund. It was basically conducted online. As they put it, they “did it in about three or four clicks.” The administrative cost? Fifty to sixty basis points, as they recall.6

The online ease in establishing the fund was matched by that of using it for making donations. For the couple, it was “our philanthropic checkbook.” They used it to make donations “very much tied to things that we’re committed to,” including, in their case, a foundation that supported their local public library and another foundation that raised money for their public school. After four years, they had spent down their small DAF, but they decided to add additional funding to it. Interestingly, they pointed out that for them the attractiveness of a DAF was that, as moderately sized investors and charitable donors, they didn’t need to pay for charitable advice. In their view, “ultra-high-net-worth individuals or families [as a result of] an IPO, or, most importantly, when a family business is sold, [when] there are some serious assets moving, these are the folks who are looking for new situations, looking for charitable advice.” Those high-net-worth individuals might set up a DAF with a sponsor that caters to givers of a couple of million a year, but for middle-income givers, paying another fifty to one hundred basis points is a premium that, as small donors, they neither want nor need to pay.

A recently retired community foundation CEO confirmed the couple’s DAF experience, explaining that “the typical Fidelity donor is using it more like a charitable checking account. People basically know where they want to give, and need a mechanism to do it. They don’t see the added value of advice from a foundation.” But they aren’t quite the same as a checkbook. Linked to the donors’ array of other financial assets—with charitable investments and income investments presented through an integrated online platform—DAFs are rather more contemplative and research oriented than your typical checkbook. On most DAF platforms, a donor can see his or her entire history of grantmaking, generate an analysis of the kinds of organizations supported, and move more money into DAFs from investments.

Our donor couple in question are hardly alone in finding DAFs an increasingly attractive vehicle for charitable giving. As figures 1–3 (see below) demonstrate, donor-advised fund